Ubisoft announced this morning the next Ubisoft Forward digital showcase will be on September 10 at 2 p.m. CST.

Ubisoft said in a blog post that players can expect news and updates on Watch Dogs: Legion, Hyper Scape, Rainbow Six Siege in addition to a much-anticipated update on Immortals Fenyx Rising formerly known as Gods & Monsters. Ubisoft also revealed that after the main showcase, developers will take players on deep dives into two unreleased titles.

Join us this September 10 for the latest reveals, updates and surprises at #UbiForward

“Tune in to the stream on ubisoft.com/Forward on September 10 at 11:00 AM PDT for a Brawlhalla matchup featuring the Ubisoft News team and Blue Mammoth developers, as well as updates from the teams behind Roller Champions, For Honor, The Division 2, and Ghost Recon Breakpoint. Earn in-game rewards and items by logging in to your Ubisoft account during the stream, with more rewards offered the longer you watch,” the blog post said. 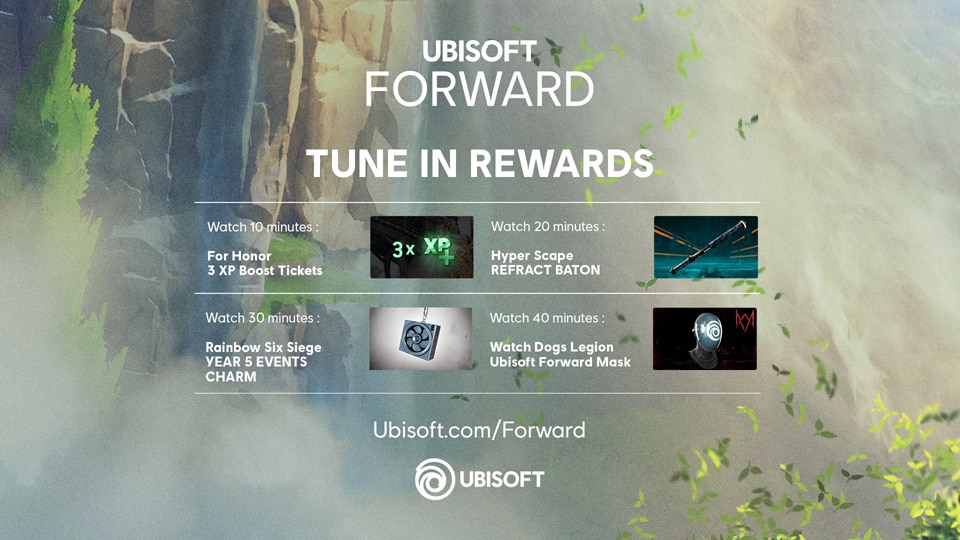 Ubisoft held the last Forward showcase was in July where we got a look at Assassin’s Creed Valhalla and Far Cry 6, in addition to news about the new mobile Tom Clancy game Elite Squad.