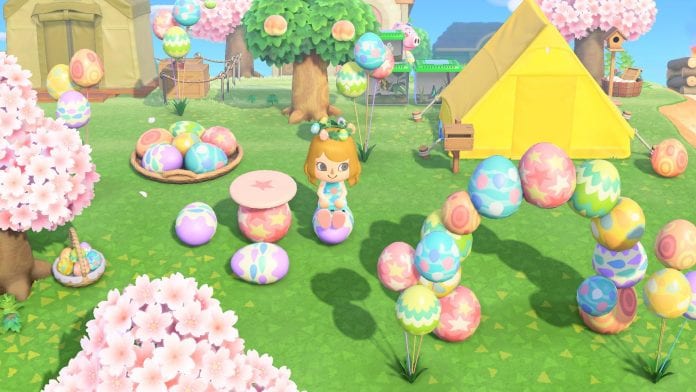 While the main focus of this morning’s Mini-Direct were on ports and remakes, Nintendo did take some time to offer minor updates on their popular Switch titles and what players can look forward to.

First up, the most recent release, Animal Crossing: New Horizons, is getting its first seasonal event to help celebrate Easter:

Between April 1 and April 12, residents of the island can participate in Bunny Day to find eggs hidden by bunny visitor Zipper and craft special items with them. The next free update to the game hits in late April, which adds the Earth Day event.

Pokémon players also got a quick update on the previously announced Sword & Shield Expansion Pass which will bring new Gigantamax forms into play.

On the Isle of Armor, Trainers can gather at a new dojo for Pokémon Battles to master their skills. By training at this dojo, players will receive the Legendary Pokémon Kubfu from the master, Mustard. Through training with Kubfu, Trainers will receive permission to challenge the Towers of Two Fists on the Isle of Armor. Once one of the two towers has been conquered, Kubfu will evolve into Urshifu.

In addition to new outfit items and hair styles, the Expansion Passes will also add new league card backgrounds, effects and frames. The Pokémon Sword Expansion Pass and Pokémon Shield Expansion Pass Part 1 – The Isle of Armor launches by the end of June.

Lastly, Nintendo has revealed the first fighter in the Super Smash Bros. Ultimate Fighters Pass Vol. 2 will be from the game, Arms….Remember Arms? While they didn’t reveal which character will be joining the roster, they promised it will be revealed and released this June.