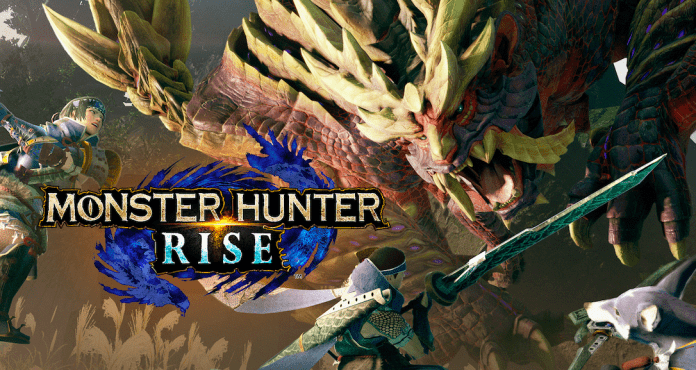 One of the bigger announcements during today’s Nintendo Direct was a brand-new trailer for the upcoming Monster Hunter Rise, as well as a peek at an exclusive Monster Hunte themed Switch console.

One of the bigger announcements during today’s Nintendo Direct was a new trailer for the upcoming Monster Hunter Rise, the next mainline entry in the Monster Hunter series. Rise will be centered around protecting Kamura Village from a variety of monsters both old and new. All fourteen weapon types that have been present in both Monster Hunter Generations and World, which mix archetypes of swords, shields, staves, bows, and guns, will be present in Rise.

Along with this new trailer came the news that Nintendo will be releasing an exclusive Monster Hunter themed Nintendo Switch console on March 26, 2021, the same day that Monster Hunter Rise releases. Face your biggest challenge yet when the Rampage and Magnamalo threaten the fate of Kamura Village! Do you have what it takes to fend them off?

Monster Hunter Rise arrives for the Nintendo Switch on March 26, 2021.