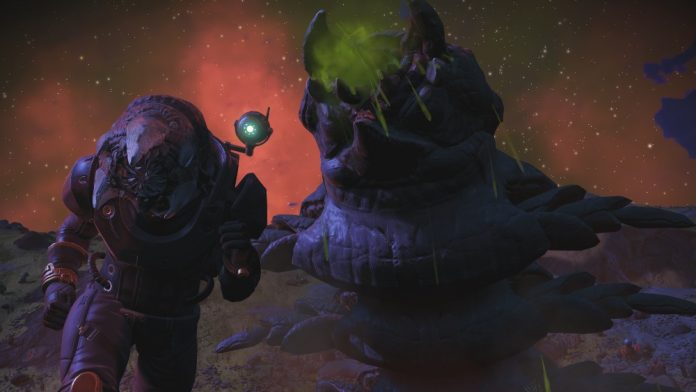 There is a new seasonal event now available in No Man’s Sky through Halloween.

Hello Games made the announcement today that Expedition Four: Emergence is now available and will be the first seasonal event to feature a narrative. There is a mini-update included in today’s new content.

The new expedition is prompted by the universe-wide blight of Titan Worms. as the colossal sandworms plough through the desert sands, blacking out the sun as they arc overhead, and defiling the very terrain with their cursed dust.

“In Expedition Four: Emergence, travellers will find themselves stranded on planet Wasan, a barren world ravaged by dust storms and infested with Titan Worms. It is up to you to locate the Titan Worm impact sites, destroy the wretched Hungering Tendrils, and collect the Vile Spawn that lingers behind,” developers said in a blog post. “The vessels of the many mouths must be purged! As travellers cleanse planets of cursed dust and hunt the titanic sandworms, they will unravel the threads of a dark narrative. Complete the expedition route to reveal the history of a dark cult, and ultimately confront the Atlas with evidence of this indelible stain upon the universe.”

Gamers who complete the phases of the Emergence expedition will garner a number of exclusive rewards that can be redeemed across all of a player’s No Man’s Sky saves.

Developers added more varied types of Sandworms that includes more some horrifying variants and the ability to tame, grow, pet and ride a sandworm companion to explore the universe.

A new cosmetic upgrade is available for the Jetpack’s exhaust nozzles and will eject gooey fluids and tiny worms during flight.

Travellers will be able to discover the secrets of the Vy’keen cult and emulate their appearance with the unique grotesque alien head.

Players will be able to pick up the flesh launcher fireworks to “add an organic element to pyrotechnic displayers” and will explode in a splatter of slime, plasma and wormlets.

You can read the fill patch notes here.

I came across my first glimpse of a sandworm back in March and was flabbergasted. Now I guess I have to go befriend the lil guy and make a new best friend. 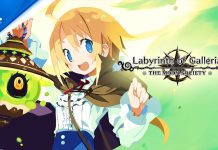 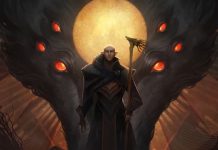 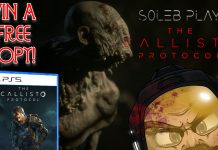