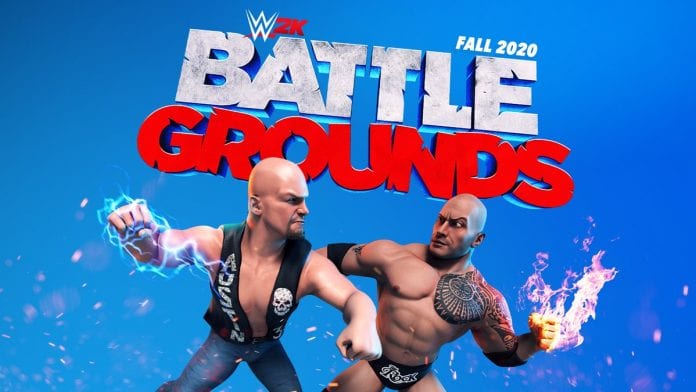 This morning 2K has confirmed reports that WWE 2K21 won’t be happening this year, but instead revealed a new arcade-style game, WWE Battlegrounds.

WWE 2K20 was….not good. Both critics and long time fans alike agree on the sentiment, even to the point that 2K has fully acknowledged the game’s faults and have decided to take a bit more time with their next wrestling game. As they announced this morning:

We’ve heard and appreciate your feedback, and continue to listen to you closely. Since launch, we’ve released five title updates, addressing hundreds of reported concerns, and have released four WWE 2K20 Originals DLC expansions to build on and improve the experience. We’ve also heard your requests to keep the WWE 2K19 servers running; they will remain active for the time being.

All of that being said, we hear you and we know you want more from the franchise, so here’s what we’re going to do: we are applying what we’ve learned to the next WWE 2K simulation game with a renewed focus on quality and fun. As part of that commitment, we are extending the production timeline and will not be releasing a WWE 2K simulation game in 2020 (T2 fiscal year 2021). We want to ensure the development team at Visual Concepts can create a great game that will entertain grizzled WWE 2K veterans, as well as newcomers who want to climb through the ropes and step into the ring for the very first time.

Hopefully what they come back with (presumably next year) is the simulation game fans have been craving. In the meantime, however, there’s still a new wrestling game coming this year called WWE 2K Battlegrounds:

Battlegrounds is a more arcade style take and is coming from Saber Interactive, who developed NBA 2K Playgrounds (which you can see the style similarities). The game is set to release this Fall and they’ll be sharing more on the upcoming game in the near future.

On one hand, I’m very much intrigued by Battlegrounds and a more arcade style, pick-up-and-play type of wrestling game. On the other hand I’m just not sure I need another wrestling game in general at the moment! Honestly, I’d very much love to see some of the older titles get the remaster treatment (No Mercy anyone?).

What do you think about this announcement?