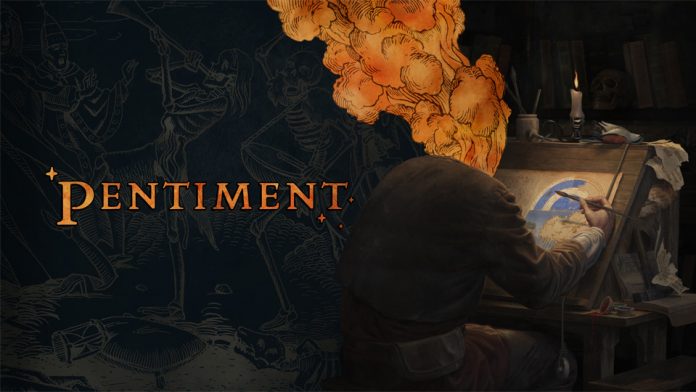 (If you are having trouble viewing the video, view on Youtube here)

“In Pentiment, you play Andreas Maler, a journeyman artist working in the bygone scriptorium of Kiersau Abbey during a time of great social unrest. While finishing his masterpiece, Andreas inadvertently becomes entangled in a series of murders that take place over 25 years. Peasants, thieves, craftsmen, monks, nuns, nobles, and even saints must be investigated and interrogated to expose the truth,” developers said in a blogpost.

“It will be up to players to decide Andreas’s choices, from his educational background and lifestyle to how he investigates the murders,” the blog post said. “One day he may be digging up a dead monk in the abbey cemetery, the next might be spent eavesdropping on peasant gossip at the ladies’ spinning bee. Every decision and accusation he makes carries consequences that will impact the tightly-knit Alpine community for generations to come.”

Pentiment is scheduled to release in November on Xbox Consoles and PC via Steam. It will also launch day one on Xbox Game Pass.