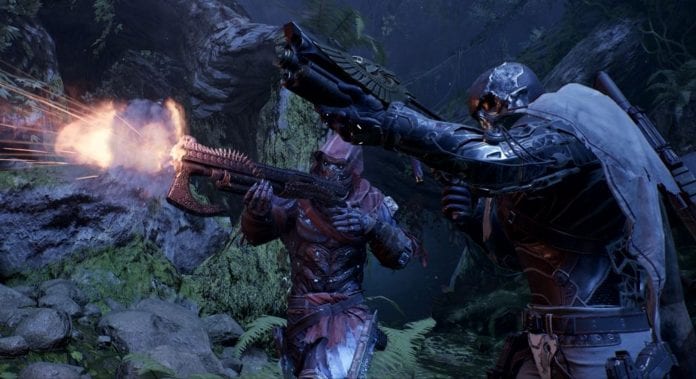 During Google’s latest Stadia presentation, Square Enix revealed a new trailer for the RPG/shooter game, Outriders, which they’ll be bringing to the service.
Square Enix has announced that their upcoming RPG/shooter hybrid game, Outriders, is coming to Google Stadia in 2021. That’s on top it’s planned Holiday 2020 release on the PlayStation 4/5 and Xbox One/Series X. So it looks like you’ll have all sorts of options to pick up this game! Even better, today also delivered another trailer for gamers to enjoy:

OUTRIDERS is a co-op RPG shooter with brutal powers and intense action, deep RPG mechanics, and a compelling story set in a dark sci-fi world. Players will become an Outrider, a fallen pioneer from a forgotten past, reborn with devastating powers. Define your play style, level up your powers, and collect brutal guns and gear on an epic journey of survival.

“It is my pleasure to announce that OUTRIDERS will be available on Google Stadia,” said Sebastian Wojchiechowski, CEO and Studio Head at People Can Fly. “One of the core concepts of OUTRIDERS is that you can play it your way, with a character progression system that allows for unrivalled creativity and flexibility. With the exciting and innovative Cloud technology of Google Stadia, you will be able to play your way, anywhere.”

Will you be picking up Outriders? Which platform will you be going with?