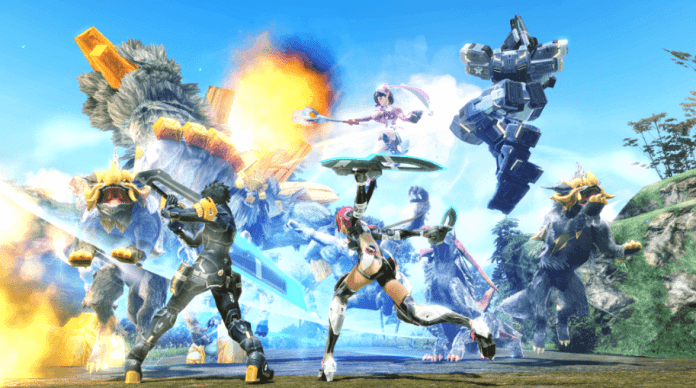 A few weeks ago, SEGA held a closed beta in North America for their smash hit MMORPG from Japan, Phantasy Star Online 2. After receiving rave reviews from participants, SEGA has decided to open the highly-anticipated game to the rest of the Xbox community.

On March 17, 2020 at 5 PM PDT, SEGA will launch an open beta for Phantasy Star Online 2 in North America. The open beta will allow Xbox One players to explore fourteen worlds with up to 11 friends to take on fierce bosses and experience the same remarkable action that was only found in Japan.

In addition to experiencing memorable gameplay, players will also be able to create and customize their own character using PSO2‘s highly-regarded character customization. You’ll be able to choose from 4 races and 9 classes.

For North American players excited to play but nervous they may not understand what’s going on, the open beta for PSO2 will include fully localized text and character voices in English. What’s more, the North American version will also include the most-up-to-date balancing and quality-of-life improvements from the Japanese service.

Additionally, players will be provided with a variety of weapons including swords, assault rifles, rods, and gunblades as well as consumable items to jump right into the missions of their choosing. When not on a mission, the open beta will also allow players to take a break from the action with several activities like Casino Mini-Games, chilling in the Alliance Quarters, or attending all-new Live Stage Events.

“The team has been working incredibly hard towards this day, and we couldn’t be more excited to open the servers and welcome our amazing community into the world of Phantasy Star Online 2,” shared Fred White, PSO2 TEAM North America’s Head of Marketing. “From the beginning, the game will include Episodes 1-3, representing over three years’ worth of expanded content updates from the start. We look forward to seeing the players in-game on Tuesday!”

The Phantasy Star Online 2 Open Beta launches on Tuesday, March 17 at 5 PM PDT, exclusively for Xbox One devices. The open beta client can be downloaded in advance on Monday, March 16 at 10 AM PDT.