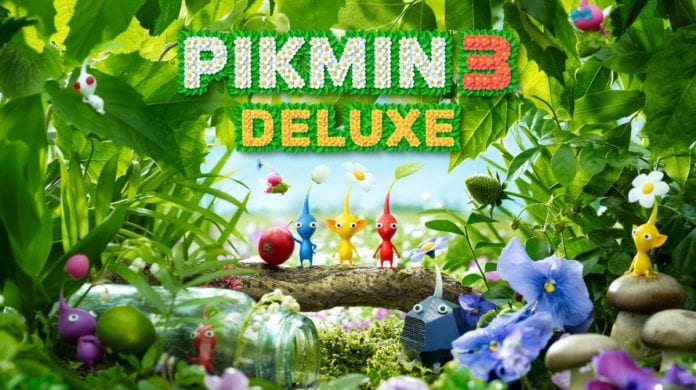 Nintendo announced today that the demo for Pikmin 3 Deluxe, which is set to launch on the Switch on Oct. 30, released for free today in the Nintendo eShop!

“Command a crew of explorers and a whole squad of adorable Pikmin in a quest packed with puzzles and out-of-this-world critters,” developers said. “Pikmin 3 Deluxe delivers a number of additions to the original game, including the ability to play the whole Story mode in co-op with a friend and new side-story missions which can also be played in co-op.”

The demo includes Story mode and Mission mode in both single player and co-op. Progress in the demo will move over into the full game if purchased and developers revealed that players who beat the first boss in the game will automatically unlock the “Ultra-Spicy” difficulty option in the full game.

“If this is your first outing with a platoon of Pikmin, this demo is a great opportunity to get your feet wet. (Just make sure to only get the Blue Pikmin wet while you’re at it!) If you’re a returning Pikmin pro, this demo is your chance to lock in that extra hard difficulty option for the full release, once purchased,” developers said. “The Ultra-Spicy difficulty is exclusive to Pikmin 3 Deluxe, so even experienced Pikmin Captains can unearth an extra challenge by plucking up the Nintendo Switch version.”

Pikmin 3 Deluxe will launch on the Nintendo Switch on Oct. 30.