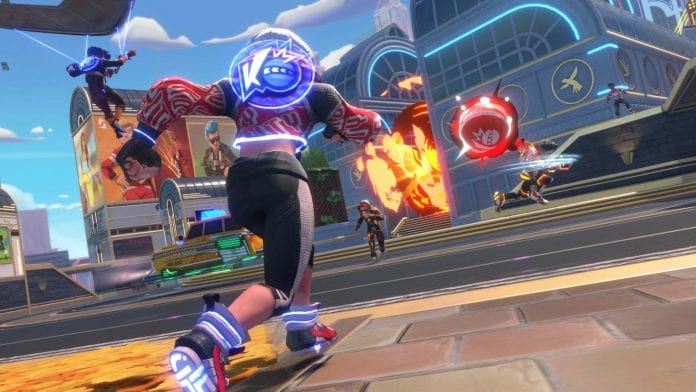 Gamers can sign up for the cross-platform beta test for the futuristic dodgeball game Knockout City today.

Gameplay for Knockout City was shared during today’s Sony State of the Play where developers discussed the 1v1 and 3v3 modes.

The console beta will take place April 2-4 and players on PlayStation, Xbox, Nintendo Switch, and PC will have the chance to play against each other.

“We’re taking the brawl to PC on Steam and Origin, Nintendo Switch, PlayStation 4 and PlayStation 5, Xbox One and Xbox Series S|X for this cross-platform beta!” developers said. “So grab your friends and get ready to hit the streets in style. Dominate across a new map and get a feel for the arsenal of Special Balls at your disposal. Check out our new playlist to take down rivals as a team or face off 1v1 for glory.”