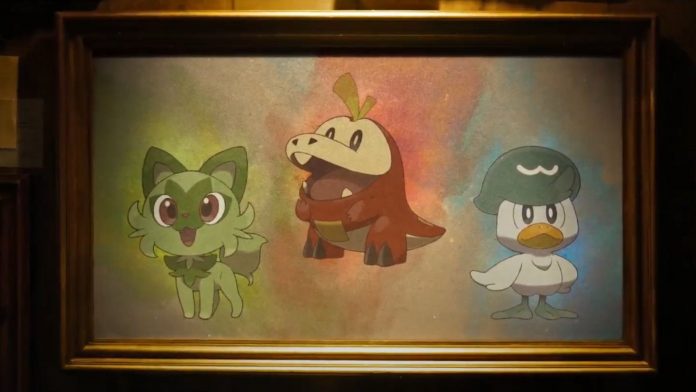 During this morning’s Pokémon Direct, the Pokemon Company revealed the next generation games, Scarlet and Violet, along with the starters!

Considering Pokémon Legends: Arceus launched just a few weeks ago, fans weren’t exactly expecting brand new games (at least in the mainline series) to be revealed during this morning’s super early Pokémon Direct. The Pokémon Company had other plans, however. They closed out today’s presentation with the announcement trailer for Pokémon Scarlet and Pokémon Violet!

While the gameplay shown is scant, it’s clear these new titles are retaining the gameplay elements introduced in Arceus, being an open-world adventure, with the new catching/combat style in tow. Considering how much I LOVE the gameplay changes, I’m very much excited to see this continue into the new generation games.

Though most of the footage showcases familiar pocket monsters, they were kind enough to give us some details on the all new starter Pokémon:

I’m shocked these are set to launch “late” this year, though I’m not necessarily complaining. After all, we got the Diamon/Pearl remakes and Arceus all within the last few months. It’s a good time to be a Poké-maniac.

Which starter are you going with?