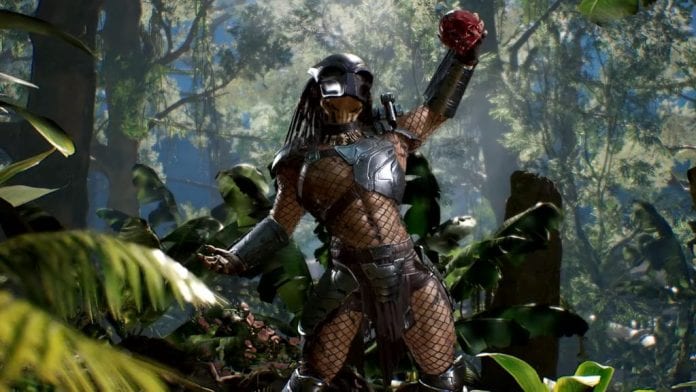 Yesterday, Charles Brungardt (CEO of ILLFonic Studios) took to Playstation Blog to announce their upcoming title Predator: Hunting Grounds will be getting a trial demo from March 27th to March 29th for PC and PS4!

This trail demo will possibly be the base version of the game, giving you the ability to either play as The Predator or team up with three other as Fireteam to take down elusive killing machine. From what we have been shown so far, this is looking to be the best Predator game year-to-date but does have a challenging release ahead.

First, the trail releases only 7 days after the release of iD Softwares DOOM Eternal, also the game will fully release in April…the same month Resident Evil 3 Remake and FF7 Remake come out. So besides that, I do believe the game will be fun and have a good fan base, just as long as IllFunic keeps fans entertained with good in-game content.

The cover of the game was also revealed today and gives us that 80’s Predator vibe we loved so much. The game will release April 24th for PS4 and PC, but until then watch the trailer below and read more information over the trail and what to expect for Predator: Hunting Grounds. 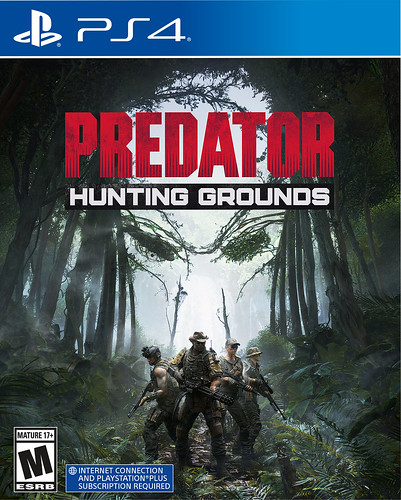 The Odds Are Against You

Who doesn’t love a challenge? We love that when you play as the Fireteam it really captures that feeling of power, of being the best of the best. You have access to a state-of-the-art arsenal and gear that lets you feel like you can take down an army, and you will. Fireteam players have a mission to accomplish and must face lots of AI opponents PLUS another player hunting them as the Predator. 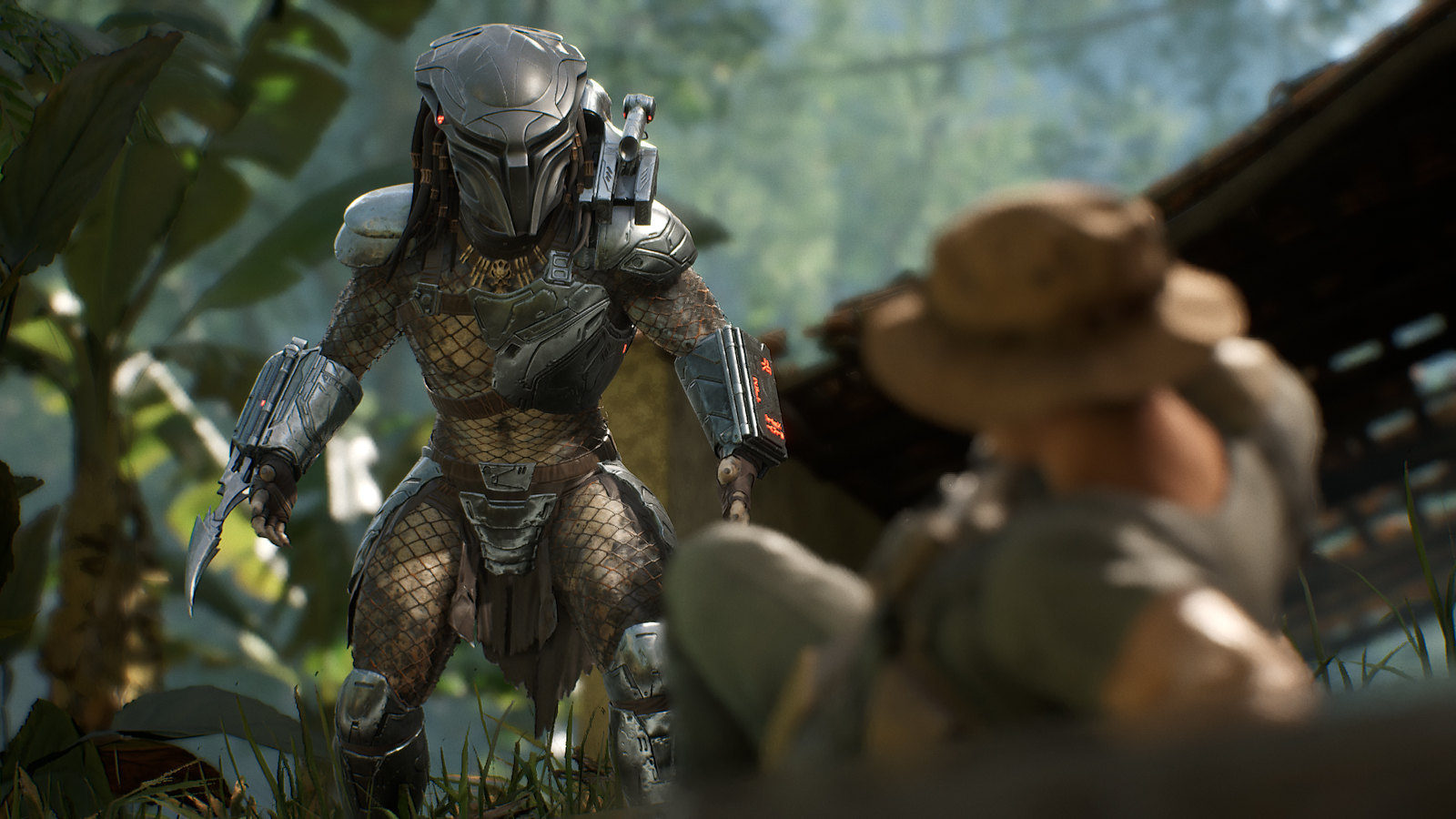 Get a Real Sense of Fear

The original Predator movie was scary and so is playing this game. You land in the map with a mission at hand and battle AI opponents to accomplish key objectives, and then all of the sudden you hear that ominous clicking noise, A threat that could be coming from anywhere. On top of this suspense, when the Predator attacks, it’s terrifying. The Predator is relentless. It can pounce on you from above, shoot deadly plasma from the shadows, or rip you apart up close. The thrill of being hunted made the original movie so fun to watch, and what makes playing on the Fireteam so fun. 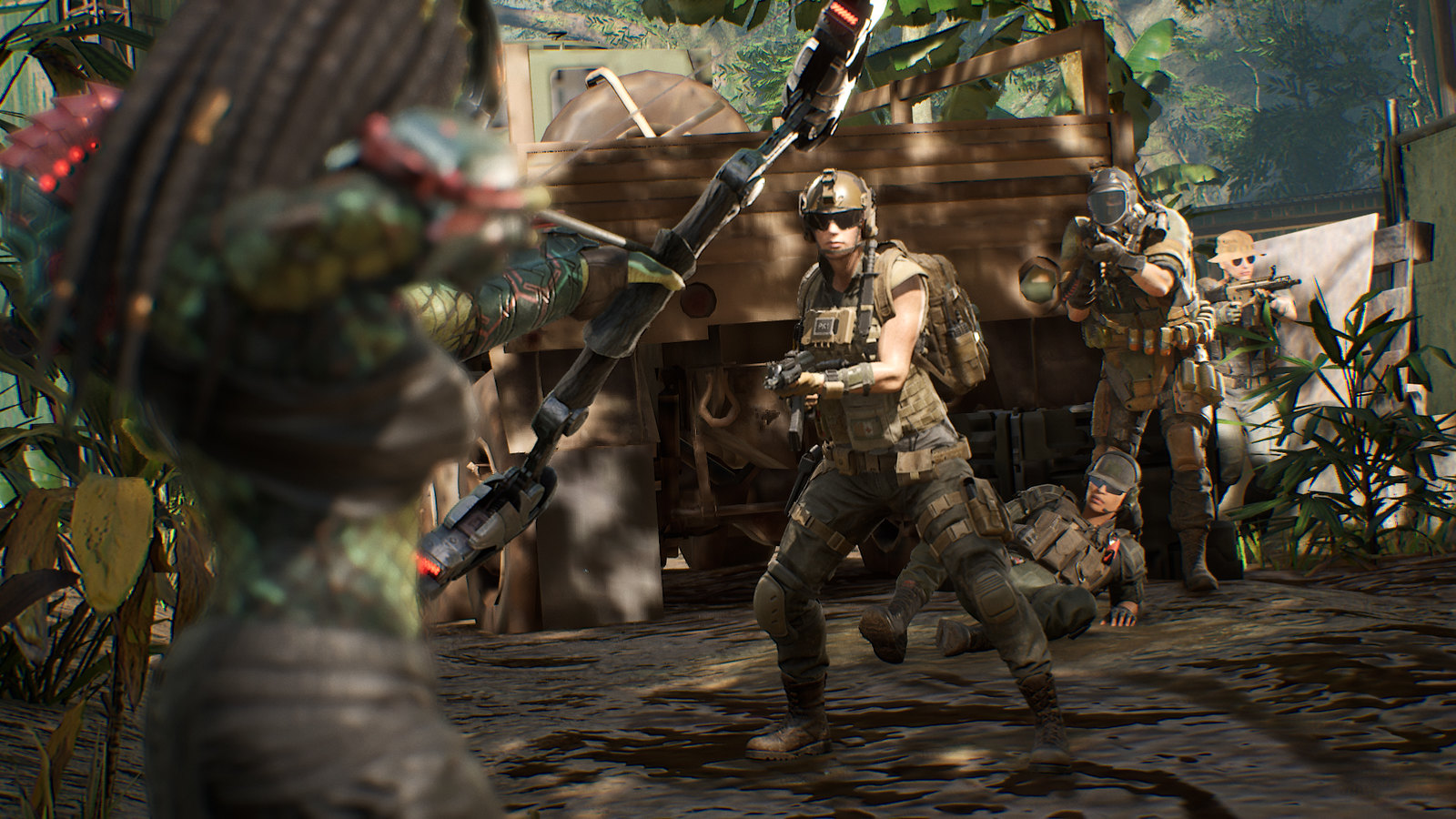 Making It Out Alive

Just like in the films, you need to regroup with your team, reevaluate your situation, and decide how you are going to get out alive. The game gives you all the tools you need but the tactics and strategy is all on you.

There are so many options and the choice is yours. Figuring out how to survive is at the core of why being on the Fireteam is fun.