Respawn Entertainment has just dropped the first trailer for their upcoming 3rd season of Apex Legends. It’s called Meltdown and it premiered a new planet and a badass new legend. More within…

Say to goodbye to King’s Canyon! After 2+ seasons on the all-terrain dinosaur-infested landscape, the legends of Apex Legends are getting a change of scenery. This won’t be as simple as slapping on a new paint color, though. No, we’re headed to a whole new planet and it looks damn cool.

Something else that looks damn cool is the premiere of the latest legend, Crypto. Previously, Respawn introduced us to the pissed off hacker in one of their “Stories from the Outlands” series. However, this Season 3 trailer delivers a formal introduction to the battleground and it’s pretty sweet.

Check out the trailer for Apex Legends: Season 3 – Meltdown. 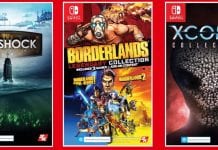