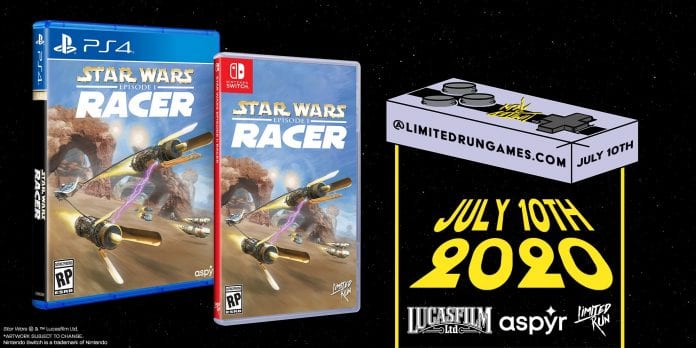 Last week, Aspyr Media released (after a brief delay) a remastered version of the classic N64 Star Wars podracing game on PlayStation 4 and Nintendo Switch. I’ve been playing the crap out of it myself and have been greatly enjoying my trip down memory lane with a title that still whips a good deal of ass.

Now I’ve got something else to look forward to! This morning, Limited Run Games (who’ve already produced a great deal of impressive Star Wars editions) have announced they’re partnering up with Aspyr to release physical editions of Episode I Racer for fans to pick up. Pre-orders for all of these begin next Friday (July 10th) and will run for a few weeks. Personally, I can’t wait to get my hands on these. As a fan of their collector’s editions and this game in particular, these bonuses (look at that retro N64 box!) feel like a must-buy.