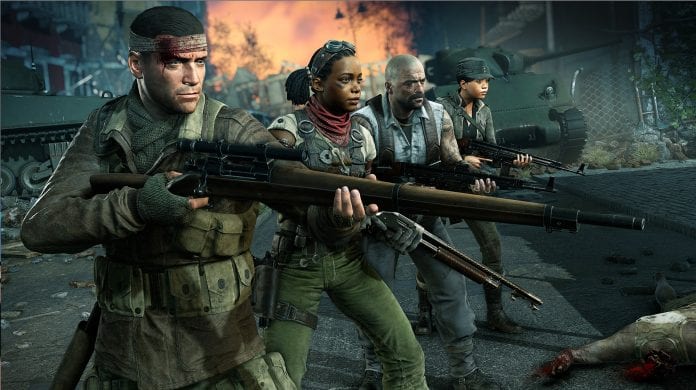 With only 10 days till its release, Rebellion sat down with their upcoming title Zombie Army 4: Dead of War for their first walkthrough of the level Molten Nightmare! This level is packed full of crazy traps, obstacles, and more zombie killing and ever before!

In the coming days, we will be revisiting the Zombie Army Trilogy to get hyped for the game, so make sure to be on the lookout for some crazy and bloody GamePlay Corners! Until then, please watch the dev walkthrough of Molten Nightmare and check out our impressions of the game from E3 2019!

Hitler’s hordes are back for more in this spine-chilling shooter from the makers of Sniper Elite 4! Abominable occult enemies, epic weapons and a harrowing new campaign for 1-4 players await in 1940s Europe, as you fight to save humankind from undead Armageddon!