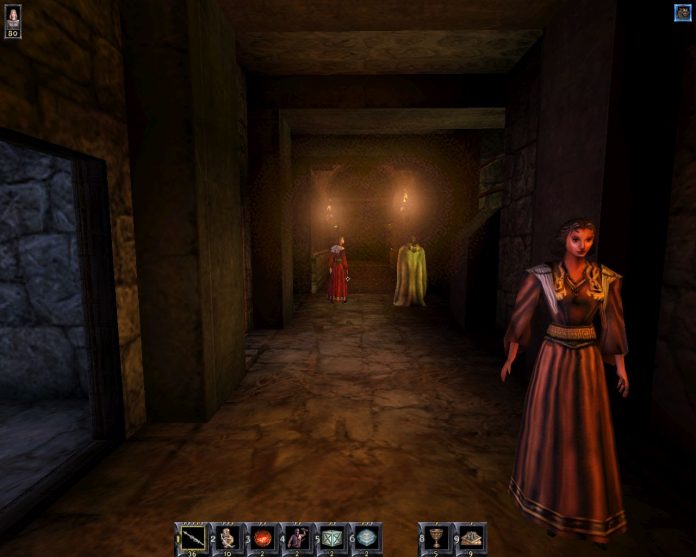 Fans of Robert Jordan’s classic fantasy story, and old-school games have a treat to pick up this morning from GOG: the remastered 1999 Wheel of Time FPS.

If you’re itching for some The Wheel of Time action and already watched/re-watched the Amazon series, this morning brings you some retro-gaming goodness. Nightdive Studios, working under license from iwot productions’ affiliate Red Eagle Games and in partnership GOG.com, have released a remastered version of The Wheel of Time FPS game. And it’s only $10…so what are you waiting for?

This latest offering from GOG provides players the most direct route to experiencing the iconic titles of yesteryear and is the only place to play one of GameSpy’s “most underrated games of all time” and a game fans of both the books and Amazon’s hit series won’t want to miss.

Originally developed by Legend Entertainment and released in 1999, The Wheel of Time is a fantasy-themed first-person shooter set 150 years before the events of Robert Jordan’s epic fantasy series and the hit Amazon TV show. The game follows Elayna Sedai, the Keeper of the Chronicles of the White Tower, as she embarks on a perilous quest to retrieve one of the four lost seals keeping the terrifying and mysterious Dark One imprisoned. Explore familiar locations like the crumbling city of Shadar Logoth, the Mountains of Mist, and the White Tower while engaging in a glorious quest to ensure the safety of the realm.

A first-person shooter with no guns and a fantasy game with no swords, players will instead utilize a variety of more than 40 ter’angreal — magical artifacts that grant incredible powers. These spells range from simple offensive attacks like fireballs and magic darts to more complex effects such as swapping locations with an enemy and short-range teleportation. These artifacts can also be combined and chained together for devastating effects.

Will you be downloading this classic on GOG?