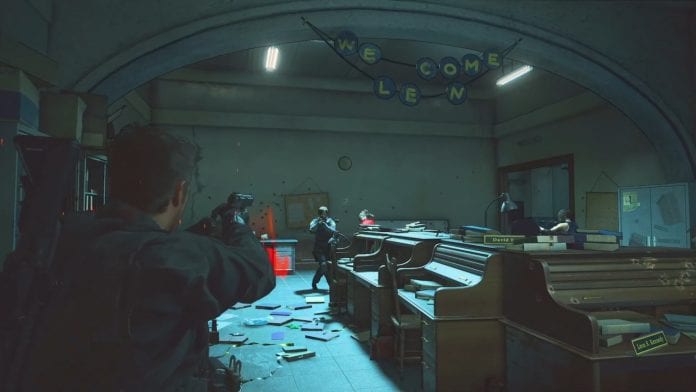 If you ever wanted to see who would win in a deathmatch between some of your favorite Resident Evil characters, you’ll get the chance to find out later this year with Re:Verse. The upcoming multiplayer game was announced during this afternoon’s Resident Evil Showcase, with a swanky trailer:

Made to help celebrate the franchise’s 25th anniversary this year, Resident Evil Re:Verse is apparently included with Village (no word yet on if those who don’t buy the game will be able to play it as a separate title or not), so expect to get your hands on it this May.

This thank you bonus to fans features striking comic-style visuals and sets popular Resident Evil characters against each other in four to six-player deathmatch battles in iconic Resident Evil locations. Players can choose from a fan-favorite roster, each with their own unique skillsets to master. When players are defeated in combat, their character respawns by mutating into a bioweapon to enact revenge on their foes. More information on Resident Evil Re:Verse will be shared at a later time.

Resident Evil Re:Verse is coming to PS4, Xbox One (and the current-gen systems thanks to backwards compatibility), as well as PCs. What do you think about the latest Resident Evil multiplayer attempt?