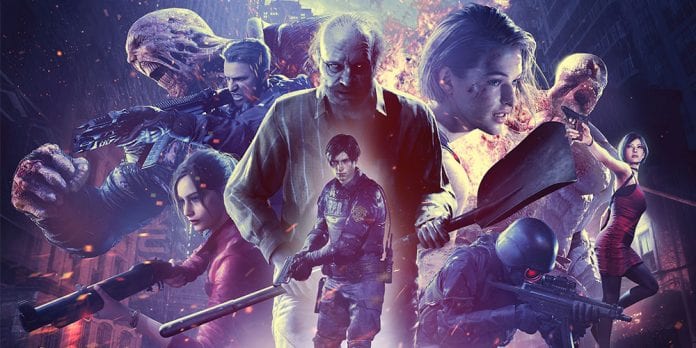 Capcom kicked off the 25th anniversary of the Resident Evil franchise with news the next showcase will take place in April.

The showcase does not have an exact date and time at this time, but developers said that hints and more news will drop across all of the official Resident Evil social media accounts in the lead up to the event.

Developers also announced that Resident Evil Re:Verse is holding an open beta on Steam for PC in addition to PlayStation and Xbox consoles from April 7 to 11. Players can pre-load the open beta on April 5.

The beta will be free to play and gamers that purchase Resident Evil Village will also give players a free copy of Re:Verse when it launches.

“In Resident Evil Re:Verse you’ll play as iconic Resident Evil characters, including Chris and Claire Redfield, Jill Valentine, Ada Wong, and Hunk as they clash in multiplayer battles across memorable Resident Evil locations. Take down opposing players with your chosen character’s unique weapons and skills to earn points, and string together takedowns to build up your point score – but beware that you’ll have a target on your back as a result! Being defeated in combat is not the end, however. Whenever you’re taken down, you’ll rise up again as a bioweapon with powerful new abilities,” developers said. “Based on how many vials of virus samples you managed to collect in human form, you’ll transform into some of the Resident Evil franchise’s most memorable enemies. Welcome other players to the family as Jack Baker, or hunt down a few S.T.A.R.S. team members as the hulking Nemesis. If you’re skilled – and lucky – enough, you can take revenge on the player who took you out!”

Resident Evil Village will be launching on Stadia on May 7. Developers also said Resident Evil 7 Biohazard Gold Edition on the game streaming platform on April 1 and will be available for free to Stadia Pro users.

“While today marks the day the original Resident Evil launched in Japan back in 1996, this is just the start of the celebration, and, on behalf of everyone at Capcom, I’d like to say thank you to all fans of Resident Evil the world over. The franchise wouldn’t be what it is today without your support!” said Kellen Haney, Associate Social Media Manager at Capcom. “What started out as a single mysterious incident in the Arklay Mountains has since seen a myriad of games that showcase stories of survival, horror, and, occasionally, hope. Stories of dread unfolding in nearby Raccoon City. A tale of survival and sibling bonds in far-off, isolated research facilities. Sinister plots involving the president’s daughter, complete with a suplex or two. Globe-trotting adventures in Africa, China, the United States, and beyond. Complete. Global. Saturation. A ship like a floating mansion and a city on the sea wiped off the map. Punching boulders in volcanoes. Twisted experiments in fear. A story of family tragedy in Dulvey, Louisiana. A warm welcome to the family. No matter where you started with Resident Evil, we hope you’re looking forward to what comes next.”