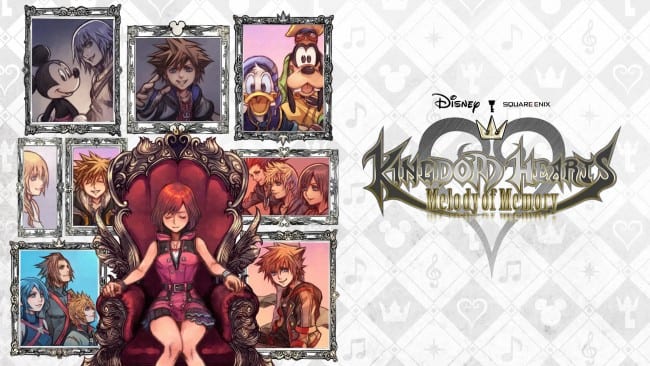 A Beautiful Walk Down Memory Lane

Long time readers will know that I am a huge fan of the Kingdom Hearts series. When it released in 2002, I, like many others, was blown away by this unique story that somehow found a way to bridge the two other franchises I loved, Final Fantasy and Disney. I wound up falling in love with the original characters of Sora, Kairi, and Riku, as well as the many others that came later to the series. After the first two games, the series took a very long, winding road to the eventual release of Kingdom Hearts III, 17 years later.

As a way of bridging the gap between all of the games, Square Enix developed this rhythmic action game for Kingdom Hearts called, Melody of Memory. With Kairi playing as narrator, players take a walk down memory lane going through the highlights of the Kingdom Hearts series, while jamming out to the beautiful music that the series is known for.

Throughout my time with the game, I thoroughly enjoyed getting to rewatch the story and see some of my favorite interactions. It’s been a really long time since I played the Kingdom Hearts series from the beginning so getting to reacquaint myself with its beginnings was a real treat.

Kingdom Hearts: Melody of Memory’s main mode is called World Tour. In World Tour mode, you go through the entire main series. What makes this mode so impressive is how vast this map is. The game takes you from the very beginning through all the moments of every game that came after to where the series stands now with Kingdom Hearts III Re Mind. That’s a LOT of content packed within a 6GB game. That said, it took me only about 9 hours to complete, with me going back several times to get high scores and play on higher difficulty.

Now, while nostalgia is fun and feeling like a 13 year old again is great, the game at its core is a tribute to the overall series. Therefore, it is mainly a rehash of everything that’s already happened. So, there just aren’t as many new scenes that many Kingdom Hearts fans would yearn for. In fact, it isn’t until towards the end of the game that Melody of Memory starts to include anything new. However, what is shown is a pretty awesome tease at where the series is headed, but that doesn’t happen until the game’s twilight.

So really the game has three payoffs. One is the nostalgic factor of walking down memory lane and re-experiencing the highlights of the story. Two are the new scenes that are few but pack a wallop of excitement. Finally, the third is the overwhelmingly beautiful music that shines in this rhythmic action game. Music is the Real Hero of the Game

The absolute best part of Kingdom Hearts: Melody of Memory is the soundtrack spanning across 17 years that have been an intrical part of making the Kingdom Hearts series iconic. Series composer Yoko Shimomura is the biggest benefactor in this rhythmic action game. By including more than 140 of her songs (I.e. Dearly Beloved, Destiny Islands) and those licensed by Disney (I.e. Let it Go, Under the Sea), her music plays the hero more so than the likes of Sora, Donald, and Goofy.

Every world you visit features a brand new song from the Kingdom Hearts series to tap your toe to and take you back to the franchise we hold dear. I found myself playing world multiple times just in an attempt to listen to songs over and over again. However, I realized shortly after that was all unnecessary, as songs unlock once you complete them and are available on the game’s music player.

As a whole rhythmic action games are all about the music. So going in, it’s usually a bit of a given that the music would play the star. However, I don’t think I was prepared for the nostalgia and the music to move me like it did 18 years ago. But, when I jumped into that first world, I was moved so much I was grinning like an idiot and I couldn’t stop grinning with every level that came after.

It’s a track list to remember and one all Kingdom Hearts fans should wholeheartedly revisit. However, despite its simplistic design I took some issue with the overall gameplay for Melody of Memory. When you first start playing Kingdom Hearts: Melody of Memory, the game drops you right into the game with no knowledge of what to do or how to even play the game. As someone who has played a few but not many rhythmic action games, I found this to be incredibly frustrating and really unnecessary. It’s just not a great way to start your time in the game.

The tutorial comes later as you begin your World Tour on the beloved Destiny Islands. The overall controls are actually really easy to use. Melody of Memory utilizes a button system that’s similar to what players are used to in the regular Kingdom Hearts franchise. You press L1, R1, and X or A to attack or combination of these to attack enemies at the same time. O or B to jump and holding it to glide, Triangle or Y to use magic when prompted, and directional buttons for other situations. The mechanics overall are very easy to use, although I’ll attest that I’m convinced some of the accuracy of the buttons when hitting enemies are off at times, because I often got misses when I would press the prompted button in the game. Either that or it’s entirely possible that I’m just bad at rhythmic games.

With rhythmic action games, the gameplay has to go hand in hand with the music. Otherwise, what’s the point? It’s like when you play a game like DDR, you want to feel like the steps you’re making go along with the beat. For the most part, I felt like this was the case throughout the game. However, only really in Proud mode, which is the hardest mode. In Easy and Moderate modes, it would have certain button prompts that went on beat, but it was the Proud mode that really made me feel part of every song in Melody of Memory.

That said, Proud Mode can be very difficult for players who aren’t used to rhythmic action games. Although, it appears those that are veterans of this genre won’t find much challenge with this mode. I am not one of those people. I died and had to restart a lot but it was worth it to feel like the buttons I pressed were on beat with the song.

One of the best parts of Melody of Memory, in my opinion, are the boss fights. As opposed to the normal fights against regular enemies that approach you and halt your way, bosses utilize heavier button mechanics that simply make the game so much fun. My biggest disappointment with this, though, was that the amount of boss battles were few and far between, which is a bit odd when you consider the sheer amount of iconic bosses in the Kingdom Hearts series. Overall, Kingdom Hearts: Melody of Memory is a really fun rhythmic action game that will delight fans of the series with its nostalgia and tribute to the beautiful music of the series. It also has loads of game modes outside of World Tour like online and couch co-op and online versus mode that allow you to play with others and even unlock fun features not found in the main World Tour mode. For instance, in versus mode, players can essentially sabotage their opponents by attempting to trick them with fake prompts and vanishing enemies.

Despite the fun I had playing this game, though, I did often wonder whether or not this game was really necessary. On the one hand, I love the tribute to Kingdom Hearts’ past and Yoko Shimomura. Yet, on the other hand, it had me wondering about how long it’ll be until we get another main line game in the series and had me yearning for the next game, throughout my time.

In no way is it to say that Melody of Memory isn’t good or worth your time. If you happen to dig rhythmic action games or just simply love Kingdom Hearts this is a great tribute for both. What I am saying is that Kingdom Hearts has a long history of releasing filler games when all players want is another chapter in the overall story. Even though it has some really great new scenes that lay a path toward where the series is headed, Kingdom Hearts: Melody of Memory still can’t shake that feeling of being another filler game.