My love of all things Star Wars has been well documented over the years on the site, but not so much how fond of Pinball I am.  I want to be clear, however, I love digital pinball.  That’s not to say I don’t enjoy an actual pinball machine every now and then, but I’m just plain horrible at them.  In the digital spectrum, however, I’ve got ‘the mad skillz’ as they say.  So the ability to combine these digital skills with my Star Wars obsession was too good to pass up.

I never got the chance to fool around with these tables when they released for the Playstation and Xbox 360, and I’m kind of sad that I didn’t.  These are just damn fun to play around with.  However, I’m sort of glad I waited for the Wii U version.  The console’s unique gamepad feels well suited for the Pinball game, mostly because of how wide it is.  Since it’s so big in your hands, it feels more like real pinball when hitting the trigger buttons to engage the bumpers.  The secondary screen also lets you see your current score and how close you are to beating your previous high score, which can be highly distracting, but something I’ve enjoyed having!

Obviously you can still use the gamepad to play the entire game, which, to be honest, feels a little better than when I put it on the big screen.  Again, it has to do with the ‘feel’ of the bumpers/flippers within the game.  When it’s all on the smaller screen in your hands, the triggers feel even more like the actual pinball bumpers, and thus made my response time feel a little quicker.

Okay, let’s talk about the tables a little bit here:

Activating missions and movie scenes can be done by hitting the center bank and collecting the STAR WARS letters. Players can choose which scene they want to start, causing the Executor to jump to hyperspace and fly to the affected planet of the chosen scene.

This is probably my favorite table so far (they’ve got seven more on the way), though I may be a tad biased, considering it’s based on my favorite film of the entire saga.  Even so, it’s got a lot of fun things to offer up via it’s movie scenes and missions (which make some really cool things happen on the table).

Main characters include Anakin Skywalker and his new apprentice, Ahsoka Tano, both represented as 3D characters, as well as Asajj Ventress, Savage Opress and Battle Droids.

In order to start the main missions, players must light the CLONE WARS lamps on the center of the playfield by shooting the left and right ramps on the table. After spelling the words, the ramp’s right front side will lower, providing a path to the hole to activate the main missions.

If you’re all about the high score and awesome bonuses, then this is the table for you.  I don’t know why, but I seemed to pull in the biggest scores and get the best bonus missions via this table.

Boba Fett
It’s all about the bad-ass bounty hunter in this high energy pinball table, complete with a Sarlacc pit! Featuring moments from Boba Fett’s greatest bounty captures, Fett takes on jobs from two major clients: the Galactic Empire and the Hutts in an effort to gain RESPECT and secure his spot as the top bounty hunter in the galaxy.

Table missions (bounties) are separated into 2 groups, each activated by shooting their respective ramps. To activate jobs for the Galactic Empire, spell the letters EMPIRE by shooting the middle-left orbit. Shooting the sinkhole under the seesaw ramp will collect the letters “HUTTS.”

For the most part all of these tables work in essentially the same way.  Each has missions to activate in order to score some extra points.  That’s not a bad thing though, as each mission or scene you activate feels so vastly different from one another, that there’s no chance of getting bored (even when replaying the same table a few times).

Attention to detail is where the Star Wars tables really stand out.  The bonus characters that pop up when you trigger their events (and I’m very positive I’ve not found every little bonus on these tables) all have their own unique influences on the tables and make for some of the more interesting moments while playing.  As a diehard fan, I appreciated how detailed they were with everything.

Pinball is a game almost entirely about bragging rights.  Everyone wants to be the high score holder, and the ranking system in the game keeps that tradition alive.  More than just a high score, the game keeps track of your progress in completing various tasks or missions, and then stacks you up against other players or thoroughly humiliates you by telling you what the ‘average player’ scores…and then how far below that mark you were.

That’s not all, as your rank, and everything you do goes into an overall Light vs. Darkside points total.  You can choose which side you want to be on and assist.  This ties in to the entire online community with this game, in order to see which side will ‘win’ (though I think it’s perpetual).  It’s a cool idea and gives more replay value to the game as I want my side to win, and the more I play, the more likely that is to happen.

It’s interesting to me, because on the whole, I’m not big on leader boards or things like this when it comes to games.  I’m much more of a solo player and don’t pay much attention to my rank in anything.  Yet, with the way they have their system set up, I feel compelled to keep playing and improve my rank.  It’s an odd sensation, seeing as how this hasn’t happened before, but I’m enjoying the self-imposed challenge of it all.

Visually, the game looks great in HD, and there’s very little lost when you switch over to the gamepad and play via that screen.  It’s a very solid looking game, with a soundtrack that’s as detailed as the visuals and bonuses.

When it comes to the gameplay itself, Zen Studios doesn’t skimp here.  They’ve already proven how well they can craft a pinball game, and truly nail down the physics of the ball.  The same holds true for the Star Wars tables, as the ball moves, accelerates, slows down, and reacts as realistically as possible.  The reaction time with the flippers feel seamless.  The only downside to that, is I can no longer blame the game for when I miss the ball…It’s all on me now.

There’s no reason I can think of that you shouldn’t buy this game.  Seriously.  If you enjoy any kind of virtual pinball, or just Star Wars, these are well worth your time and money.  At only $9.99, the game provides a fun game with plenty of replayability behind it.  Besides which it’s another great game for your Wii U.  Speaking of which, I do feel the Wii U version may have the edge on the others.  While it’s coming a tad late to the party, the wider gamepad and multi-screen play makes the game feel even better and it’ll be hard to put down.

Star Wars Pinball for the Wii U, available now from the eShop, gets an 8.5 out of 10. 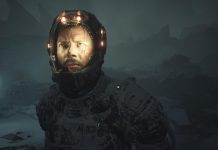