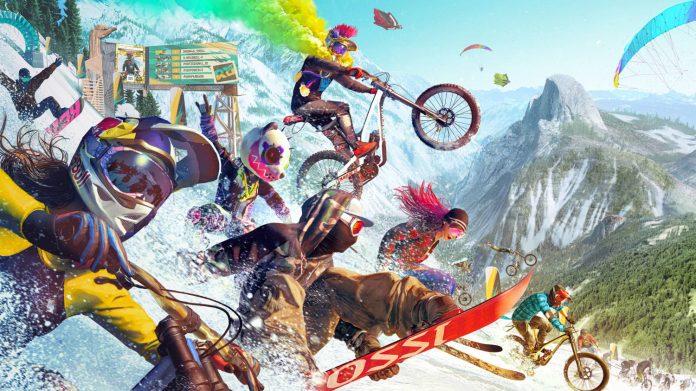 Ubisoft has announced dates and details for the upcoming Beta for Riders Republic, giving players a chance to hit the slopes/trails.

If you’ve been looking forward to getting your hands on Riders Republic, but bummed about the handful of delays, you’re in luck. Later this month, August 23-25th to be exact, you’ll be able to test out a handful of modes in the game before its full launch.

The Riders Republic Beta will give players a first glimpse of 3 careers such as Bike Races, Snow Tricks and Air Sports (Rocketwing and Wingsuit). Players can also compete in multiplayer modes, including:

Mass Races: The crazier the better in these epic, multisport races with more than 50 players. New races appear randomly on the map every hour, so players will need to get ready to watch their blind spots, protect their position and remain agile with their skills as they fight their way to the finish line.
Tricks Battle: Compete in 6v6 matchups and try to land as many tricks as possible on the various modules to capture them and earn points. The team with the highest score wins.
Free for All: Challenge new opponents and show them how it’s done through a select playlist of events.
Versus Mode: Players can join up with friends in their career progression and see who’s the very best.

The Beta will be available for preload starting August 21. All multiplayer modes and career events can be experienced with 5 other riders and players will be able to send a Beta invitation to 2 friends to shred alongside them.

Developed by Ubisoft Annecy, Riders Republic invites players to jump into a lively social playground where they can experience the thrill of outdoor sports in an open and densely populated world. Players will roam freely with their friends in a huge and vibrant open world where they can compete and nail crazy moves through an exciting range of sports such as biking, skiing, snowboarding, wingsuiting and rocket wingsuiting across some of the most iconic American national parks. Whether players want to catch some major air with friends or ride solo to dominate the mountains and canyons, there are plenty of exhilarating moments and activities to be discovered.

Riders Republic will be available on October 28 on PlayStation®5, PlayStation®4, Xbox Series X | S, Xbox One, Stadia, Luna and for Windows PC exclusively on both the Epic Games Store and the Ubisoft Store. The game will also be available on Ubisoft+, Ubisoft’s subscription service.

The Riders Republic Beta will be available from August 23 to August 25 on PlayStation 5, PlayStation 4, Xbox Series X | S, Xbox One and PC on both Ubisoft Connect and the Epic Games Launcher. Sign up for the Beta now on: https://ridersrepublic.com/beta.