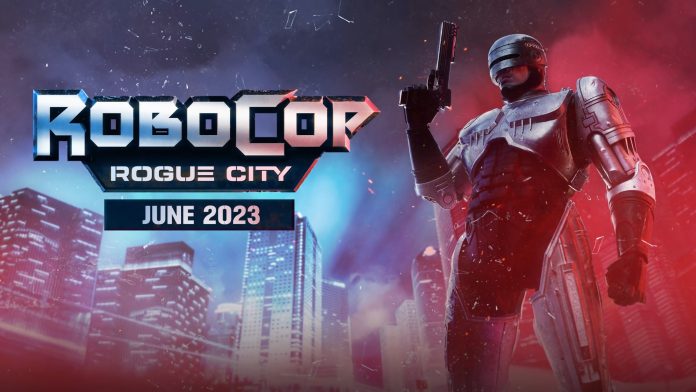 Omni Consumer Products or OCP is at it again! During today’s Nacon Showcase, fans we shocked and surprised to see the return of Robocop like we have never seen him before!

Robocop: Rouge City has been officially announced and will let players control them man himself as he patrols and cleans up crime in the streets of 1980s Detroit.

Though the game is not set to release until June of 2023, I am very excited to dive into this game when it releases. I can only hope you will either run into or find easter eggs from the original movie during your heroic journey! Check out the trailer now!

Become the iconic part man, part machine, all cop hero as you attempt to bring justice to the dangerous, crime-ridden streets of Old Detroit.

Armed with your trusty Auto-9, factory-built strength, years of experience on the force, and a variety of tools at your disposal, you will fight forces seeking to destroy the city you call home in an all-new first-person, explosive hunt for the truth.

You have the power to decide how to fulfill prime directives in your way, but as the story unfolds proceed with caution because corruption and greed know no limits.