“The Elo headsets show the result of what happens when you combine the best of ROCCAT and Turtle Beach, and this is just the first wave of our new precision-focused PC gaming accessories,” said Rene Korte, Head of PC Products at Turtle Beach. “The Elos look sleek and sound amazing, and we still have new additions to our award-winning Vulcan series keyboards on the way, along with new mice and more – all designed to deliver an amazing desktop ecosystem that makes ROCCAT the PC brand for all serious PC gamers.”

The Elo series will include three different headsets that are each designed with comfort-focused features such as memory foam cushions and a self-adjusting metal headband.

The Elo series of PC gaming headsets will be available to purchase on October 4 and are available for pre-order on Roccat’s official website. 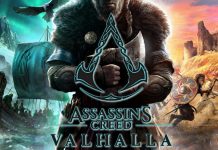