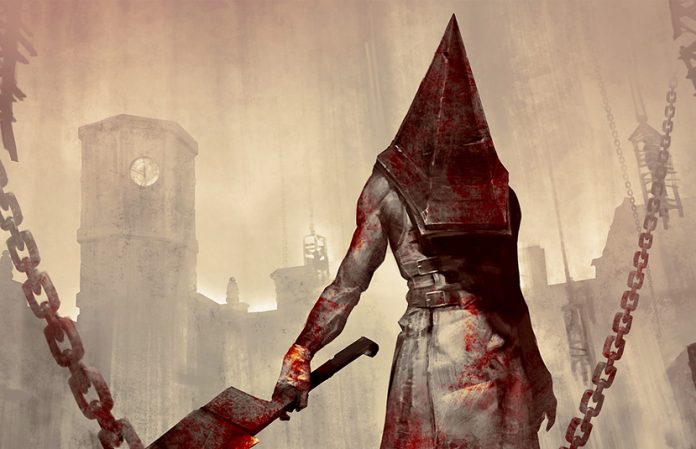 Rumors are buzzing around Silent Hill again, and last time we went down this path we were left Abandoned by some indie developer. These rumor are picking up some good steam though.

A few days ago, a leaker by the name Dusk Golem posted a few images of an un-announced Silent Hill. The leaker also mentioned the game last year, but said that title was cancelled. Now a new rumor suggests this is either a new game, or the game was picked up again and hasn’t been cancelled yet. This goes along with one of the artists of Silent Hill randomly mentioning on Twitter, “I hope this one doesn’t get cancelled.” Also backing up this claim, all the images were removed and striked by Konami which then caused the leakers Twitter to be banned. These images are apparently of a “P.T. inspired” demo that will release soon to build hype for much larger projects.

I personally didn’t want to run with that rumor just yet and wanted to see where it led. Why? Well I followed Abandoned down a rabbit hole that went absolutely no where (and yeah, magically that studio is back at it again…..) So I let it cook a while, and now we have even more leakers suggesting bigger rumors.

The first being that Bloober Team, the horror developers of Layers of Fear and The Medium are working on a remake of Silent Hill 2. This is probably the most popular title of the series so it’s a big task, but the rumor suggest the game is getting a total overhaul. The rumor comes from NateTheHate and Jeff Grubb. VGC further backed up this rumor stating the game will feature new puzzles, reworked gameplay, new endings, and will potentially be PlayStation Exclusive (at least timed).

Potentially further backing the claim up, at least that last bit, is the fact Bloober Team appears to have signed a deal with Sony. In this deal an exclusive partnership for a “new distribution source,” is claimed. This could just mean their titles are hitting PS Plus, but who knows. Also it is well known at this point that Bloober has signed a deal to work with Konami, and a horror studio not working on Silent Hill with Konami just seems….odd.

Another rumor that is picking up steam now is that Konami has found several homes for their IPs. A rumor from a few years ago was that Konami was shopping their IP’s (mainly Metal Gear and Silent Hill) to other developers to create licensed games. During these discussions it appears Supermassive was in talks to lead an “episodic” adventure in the franchise, but as talks dwindled that led to Supermassive releasing their own Dark Pictures titles. Now rumors are swirling that a studio did pick this up and we may be getting an episodic adventure soon, but no confirmation on who the studio is. Current rumors suggest Annapurna Interactive, current makers of Outer Wilds.

The last rumor, and one that is apparently the most vague, is the fact Konami is planning an entirely new entry in the Silent Hill franchise. No word on what studio is working on this, or any agreements made to make it happen. It is rumored than an unknown Japanese studio is working on a Silent Hill title, rumors that suggest Sony’s Japan team have a hand in it.