Officially speaking, Activison (who’s has the rights to publish TMNT games) hasn’t announced a new title for the Heroes in a Half-Shell, but it looks like one has leaked out.  The Australian Ratings Board has posted a listing for Teenage Mutant Ninja Turtles: Mutants in Manhattan developed by Platinum Games.  The guys are the developers behind Bayonetta, Metal Gear Rising, and a slew of other amazing action titles.  Platinum is well known for their ability to make fun and over the top action games, and it’s something they pride themselves on.  If they’re really behind this new Ninja Turtles game, I couldn’t be happier.

For a long time, the TMNT games just haven’t been up to snuff.  Too often they feel clunky and like quick cash-ins rather than deep experiences for gamers or fans of the Turtles.  It’s a real bummer too, considering how much potential the franchise has.  The original TMNT games in the NES and SNES days were top of their class and remain fun to play even by today’s standards.  None of the games since then have managed to recapture that magic, though some have come close.

I’m hoping that Mutants in Manhattan can bring TMNT back to their glory days of gaming.  The ratings board gave it an M-rating, but that’s not indicative of what the ESRB will do here.  More than likely it’ll end up being Teen or so.  Either way, I’m not eagerly awaiting some announcement from Activision (though they didn’t respond to my request for more info at the time of this posting).

What do you guys think about this?  Are you ready for a Ninja Turtles game from Platinum? 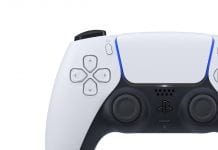 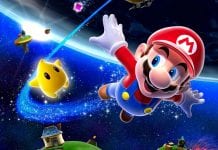