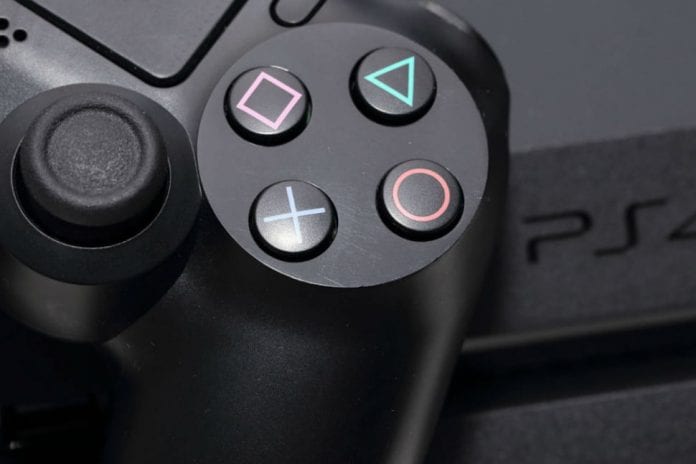 A new image of the PS5 dev kit has surfaced, but this one includes a close-up image of a beefier controller that may just be the new PS5 controller. See it within…

Ever since Microsoft showed off the Xbox Series X at The Game Awards 2019, PlayStation fans and outlets have, understandably, been scraping for any details they can find for the rival next-gen system. With Sony keeping any and all information on the PlayStation 5 close to the vest, rumors have been swirling about the power and price. The most recent of those rumors has been that the PS5 will not be as powerful as the Xbox Series X, but will be cheaper.

While we won’t know who is right until Sony officially announces the PS5, a new image has leaked that may actually give us a preview of the next-gen controller. The images are from a game developer employee, dubbing himself the “cleaner” of the PS5 dev kit, and posted on social media by the world’s worst friend. Take a look: Even though these aren’t the most detailed photos, there actually are quite of things to unpack from them. The first being the look. This leaked controller looks almost identical to the current DualShock 4, released with the PS4. However, upon closer inspection this leaked image shows a controller that’s definitely bulkier. That’s likely due to the, previously reported, Haptics Technology that is replacing the Rumble tech. Haptics are said to deliver a much broader range of feedback. You can read more on it, here.

Another thing we should address with the leaked image is the validity of said image. While the dev kit never actually matches the actual console, the controller is another story. Typically, game developers are given a controller prototype that closely matches what will launch with the console to better adapt their game to the new technology. Therefore, it is likely that this leak is actually showing the DualShock 5.

Recent rumors and Sony analysts have projected that Sony could show off the PlayStation 5 at this week’s CES 2020. Sony’s CES 2020 press conference is set for Monday, January 6 at 8pm EST. While Sony typically keeps PlayStation separate from the CES showcases, there is a lot of speculation that they will buck that trend this year.

The PlayStation 5 and its DualShock 5 release This 2020 Holiday Season.