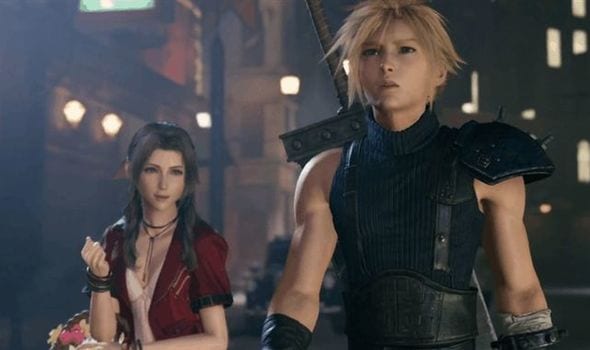 Despite being set only in Midgar, producer Yoshinori Kitase and the rest of Square Enix team spent most of E3 2019 reiterating that Final Fantasy VII Remake will be a full game. During his keynote, Kitase even explained that the game will fill two blu-ray discs. Now, thanks to a leak from a reddit user, we may know the value of two blu-ray discs.

The now-deleted reddit post revealed leaked box art for Final Fantasy VII Remake for Korean markets. The box art, pictured below, shows the size of the game to be a gargantuan 100GB. Despite its enormous size, it’s not hard to understand why Final Fantasy VII Remake is 100GB. The remake is expected to have loads of high-quality cinematics, which take up a lot of space. Added on top of that will be a metric ton of gameplay that will completely unlock Midgar like never-before. Furthermore, when you think about how many discs the original Final Fantasy VII game released with (4) it makes sense that the remake would be just as big, if not bigger.

However, with all that said, this is still a rumor and with all rumors we should take it with a grain of salt. Reddit isn’t always a reliable source and seeing as we live in a day and age when anything can be doctored to get attention, it’s hard to know the truth from the lie.

In any case, Final Fantasy VII Remake will release on April 10, 2020 and I’ll bet a lot of players will have to make the tough choice of deciding which game on their console will make the cut.