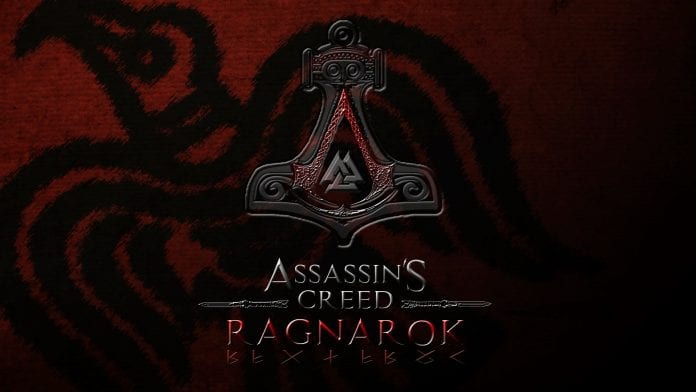 I have had a strange relationship with the Assassins Creed series since the release of Assassins Creed III. When I saw Desmond die and realized he wouldn’t be back, it really left a bad taste in my mouth. After years of passing on the series, the release of AC Origins and Odyssey really changed my mind on the series and showed me Ubisoft really takes what gamers want to heart.

With that said, the rumors around where the series will go next have been running a muck since the release of Odyssey last year. Recently on 4chan, it was reported that an anonymous user shared details of the upcoming game that matches what Jason Schreier of Kotaku heard from his sources. 4chan leaks aren’t known to be very reliable, but acknowledgment from Schreier does give it some validity.

After my own brief investigation, I believe as well that this rumored info may be true. In said leak, we got gameplay details, co-op details, and even story details (not included to avoid spoilers). We also got a release date of September 29th for Xbox One and PS4. According to this leak, Xbox Series X and PlayStation 5 versions will release sometime after their Holiday 2020 launch.

You can see the full list below (Note: As with all rumors, some details may be inaccurate):

– Title of the next game is Ragnarok, codenamed Kingdom

– Up to 4 player drop in drop out co-op like Ghost Recon Wildlands.

– Player can only play as a single character, Jora, who can be chosen to be male or female.

– Jora led a small band of 4 during their adventures which is why other players can drop in and out for co-op.

– Continues heavy RPG mechanics now including different classes and mild skill tree changes based on class. Player class can be changed by a specific character.

– Combat is upgraded with more weapon types and special abilities for every weapon grouping.- Each weapon can have runes added, be upgraded, and durability increased.

– Weapon durability does now come into play, forcing players to use their weapon pool more effectively and forced to manage a smaller inventory that can be upgraded

– Parkour is upgraded with tree climbing and new animations

– The hidden blade is back and is far more customizable in terms of cosmetics. Can be upgraded to kill in one stab

– Stealth is upgraded by having physical stealth skills such as hiding in mud, snow, crouching in bushes, hiding in bales of hay, etc.- Players can now also hide in crowds of civilians if their outfit/ armor is appropriate otherwise it can attract attention.

– Players now have a reputation system based on quests completed for people in cities, the town officials, clothing worn, crimes committed, etc. Some quests and story missions can only be completed after reaching a certain reputation with kingdoms.

– Conquest battles return to help capture some settlements from templars and players can approach them in a variety of ways.

– Players can also find battles between warring kingdoms occurring dynamically throughout the world.

– Players can organize large scale raids of forts and cities with nearby viking camps, wait for their own raids, or go in by themselves.

– Leveling is overhauled to allow players to improve skill sets to gain experience, like in Skyrim. As a result, level locking regions and content is gone.

– Some skills are unlocked by reaching a high enough skill set level, some must be bought with skill points, and others are unlocked through game/ story progression.

– The map is massive. Like all of northern Europe. My source mentioned big cities being York, London, Paris, and Kiev. Every kingdom was meant to be really unique.

As the year goes on, check back here for more info on the latest rumors, gaming news, and more!