While Sony/Naughty Dog is keeping mum on The Last of Us: Part II‘s release date, a new rumor points to a February launch with multiple editions available.

Rumors about The Last of Us: Part II are nothing new and seem to crop up fairly regularly, especially about a release date/window. It’s understandable considering how eager gamers are for the sequel, and many of us were hoping to see it arrive this year. With Hideo Kojima’s Death Stranding launching in November, however, the odds of seeing Last of Us 2 this year pretty much flew out the window…

But perhaps we won’t be waiting much longer. A new rumor has cropped up on a Chinese Gaming Forum that claims the game is arriving in February 2020. Moreso, another (well known leaker) has seemingly confirmed the information, adding that the game will launch with FOUR editions: Standard Edition, Special Edition, Collector’s Edition, Ellie Edition.

There’s no telling what each edition will bring, but I’m certainly intrigued by this “Ellie Edition.” There have been PLENTY of TLOU2 release rumors over the past year and we’ve rarely reported on them. So what makes this different?

Well, this info is apparently coming from the same poster who revealed Death Stranding‘s November release date before the new trailer confirmed that release date. It’s also not the first time February 2020 has been mentioned for The Last of Us: Part II. Let’s just cross our fingers that we’ll have some sort of official information on the game sooner, rather than later. 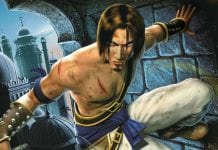 Is Prince of Persia Getting a Remake This Year?