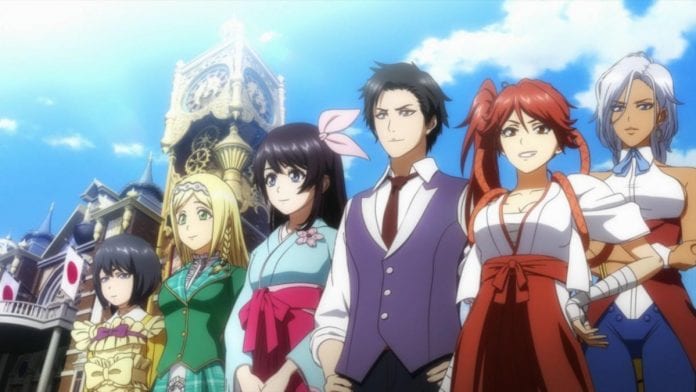 If you’re not an avid JRPG player or you’ve lived outside of Japan all of your life, there’s a chance you’ve never heard of Sakura Wars. That’s because, despite its massive popularity in Japan, the franchise never really had the chance to make an impression out West. Now, that’s set to change with the latest entry in the Sakura Wars saga heading West on April 28, 2020 on PlayStation 4.

This Sakura Wars game is the first main entry to release since 2005’s Sakura Wars: So Long My Love. The 2020 game will take place 12 years after the events of the previous game. In it, you play as Seijuro Kamiyami, a former captain of an auxiliary ship in the navy. You’ve been reassigned to the War-time Demon Slayers/Peace-time Theater Performers of The Imperial Combat Revue’s Flower Division as a last-ditch effort to turn the division around and restore them to their former glory.

As you progress through Sakura Wars, you’ll interact with a unique cast of characters. Using the trademark LIPS dialogue system, you’ll have to pay attention to what you say and how you say it as both will have direct effects on performances on and off the battlefield. It is worth noting that Sakura Wars will be voiced entirely in Japanese with subtitles available in English, German, Spanish, and French.

SEGA rebooted the Sakura Wars franchise by bringing back several of the original team members that helped make the game a massive hit. They all returned to contribute character designs for several different Revue’s we’ll encounter.

It appears that this entry in Sakura Wars is all about staying true to what made the series so beloved, whilst delivering a new experience for both newcomers and veterans of the series. That’s evident in the art style, as Producer Tetsu Katano explains, “The previous Sakura Wars used 2D Anime-style graphics and a tactical combat system for the battles, which everyone was using back then. However, for this title, 3D has been incorporated to enhance its visual expression, and battles have been changed to action so that users could feel a higher sense of immersion than ever before.”

Sakura Wars is out now in Japan and will release in North America on April 28, 2020 on PlayStation 4. To read more on Sakura Wars, click here.