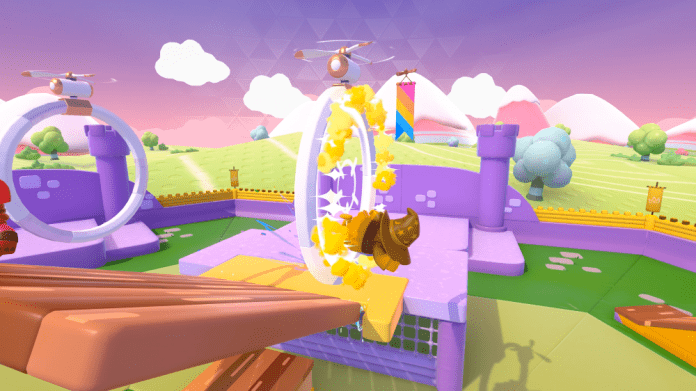 The team at Mediatonic announced today during Gamescom Opening Night Live that the second season of the wildly popular Fall Guys: Ultimate Knockout will be positively medieval.

“Revealed today at Gamescom Opening Night Live, Fall Guys Season 2 will bring the dragon fire with feudal fortresses, knockout knights and pugilistic paladins among new additions coming this October,” developers said in a press release. “A full season of new costumes, emotes and more will reward players as they lay siege to the Middle Ages.”

Fall Guys: Ultimate Knockout released earlier this month on PlayStation 4 and Windows PC. It is also one of the PlayStation Plus games available to download for free for the month on August.