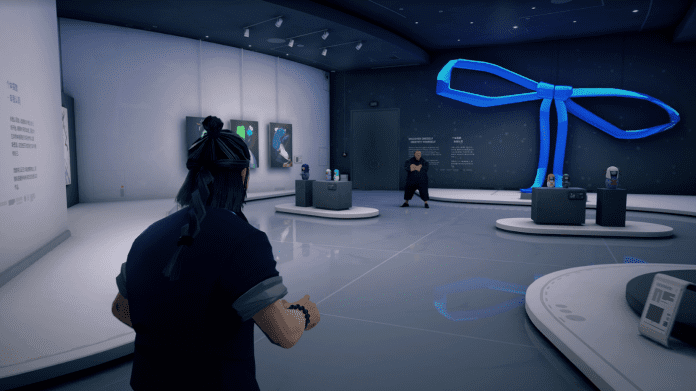 Sloclap brought a new trailer for their martial arts game, Sifu, showing off new locations and an actual release date!

Sifu has been on my radar since it was initially revealed, and every new look at the game has somehow been able to only increase my hype. During Gamescom’s Opening Night Live, we got another trailer showing off a host of new footage, but more importantly…a release date.

Sloclap revealed all-new gameplay in today’s trailer, with Sifu’s trademark powerful, blazing fast combat seamlessly set across several newly revealed locations you will encounter on your road to revenge and redemption including rooftops in the slums of the city, filled with dealers and junkies, the immaculate rooms of a contemporary art museum, and a firelit alleyway which seems to come from the past. Set to a fiery slick new track, fans are able to get their first look at the game’s authentic fight environments ahead of the game launching early next year. Featuring the gripping intensity of classic Kung Fu films with realistic and raw combat, Sifu tells the story of a young Kung Fu student who has spent their life training for a day of reckoning after the brutal murder of their entire family by a mysterious assassination squad. From dusk till dawn, hunt down the murderers one by one as you explore gang-ridden suburbs, hidden corners deep within the city, all the way to the cold hallways of corporate towers. Adaptation and careful positioning are the key to your survival and you must use everything at your disposal to succeed in your life’s mission.

Sifu’s unique gameplay sits in the crossroads of two established and popular genres, mashing the intensity and timeless thrill of beat em ups with the gripping design of 3D character action games. Set against a detailed backdrop of a fictional Chinese city, you will uncover an ancient mystery via a series of difficult confrontations that will test your skills to their limit. To overcome the odds that are heavily stacked against you, you’ll need to rely on your mastery of Kung Fu, and on a magical pendant that will revive you after death. The cost of magic is dear, however, and you will age significantly every time you come back to life: time is the price you will pay for your revenge.

Pre-orders for Sifu go live today with some nifty bonuses for doing so:

Deluxe Edition ($49.99 USD/49.99€ + special preorder discount of 10 percent)
All Standard Edition bonuses
Gain 48-hour early access ahead of the game’s launch on February 22, 2022
A beautiful digital art book, “The Art of Sifu”
The game’s bangin’ original soundtrack by Howie Lee, the Beijing-based composer Sloclap has collaborated with to create the music of Sifu.