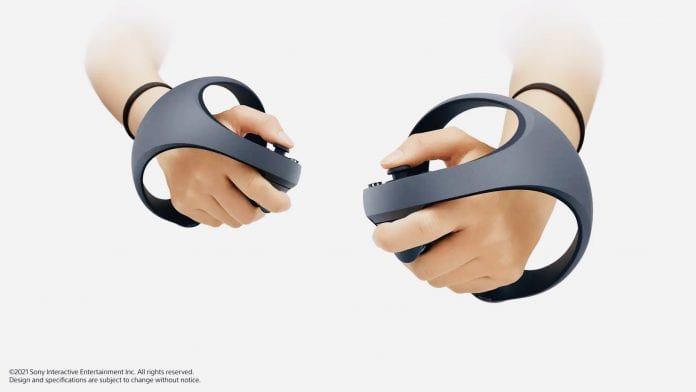 Sony revealed the new adaptive controllers for the next generation of virtual reality on the PlayStation 5 today in a blog post.

The first look comes on the heels of the initial reveal of the next generation of PlayStation VR at the end of February.

“Our new VR controller speaks to our mission of achieving a much deeper sense of presence and stronger feeling of immersion in VR experiences. It will build upon the innovation we introduced with the DualSense wireless controller, which changed how games “feel” on PS5 by unlocking a new way to tap into the sense of touch. Now we’re bringing that innovation to VR gaming,” said Hideaki Nishino, Senior Vice President of Platform Planning and Management at Sony.

The controller is orb shaped, which allows players to hold the controller freely while “playing with a high degree of freedom,” Nishino said.

“There are no constraints with how you’re moving your hands, providing developers with the ability to create unique gameplay experiences,” Nishino wrote. “We also designed the new controller with great ergonomics in mind, so it’s well-balanced and comfortable to hold in each of your hands. We applied learnings from testing users with a range of hand sizes, as well as the decades of insights from controllers across all PlayStation platforms. The result is an iconic design that will change how VR games are played.”

The next generation of PSVR does not have a release date as of now. Nishino said in the initial reveal that the hardware still has ” a lot of development underway,” and therefore would not be launching anytime this year.

“SIE’s Product, Engineering, and Design teams have collaborated to build our new VR controller from the ground up with a goal of making a huge leap from current-gen VR gaming. We’re thrilled with the controller we developed, but what matters now is how game creators will take advantage of the features to design the next generation of VR experiences. Prototypes of our new VR controller will be in the hands of the development community soon, and we can’t wait to see what ideas they come up with and how the controller helps bring their imagination to life!” Nishino said to conclude today’s update. “There’s still much more to share about the next-generation of VR on PS5. On behalf of all of us at SIE, I want to thank you for taking this journey with us!”