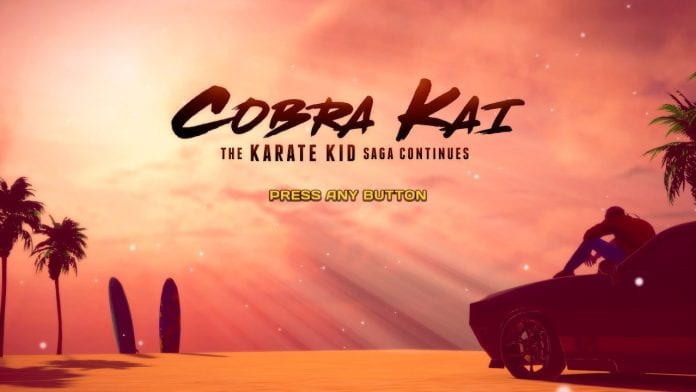 The highly-anticipated game is inspired by and based on the popular Netflix Original Series. The game will be available for PlayStation 4, Nintendo Switch and Xbox One. Concurrent with the game’s debut, an accompanying soundtrack album will be released by Madison Gate Records. The game and the soundtrack album will give fans added excitement as they get ready for Cobra Kai’s third season, which premieres exclusively on Netflix on January 8th, 2021.

Made in collaboration with the series showrunners, the game delivers an original two-fold story from dueling perspectives complete with character-driven cutscenes and a classic 80’s inspired score from Birenberg and Robinson.

“If you take a listen to “Strike First,” “Mall Fight,” or “Hallway Hellscape” off our series soundtrack albums, you’ll immediately hear how the music of Cobra Kai is intrinsically linked to retro video game soundtracks,” says Robinson. “We grew up playing side-scrolling brawlers like Streets of Rage, Double Dragon, Final Fight, and Power Rangers, and the music of those games is a huge influence to the show’s sound.”

“When we were approached to score the Cobra Kai game, we were incredibly excited, both as composers and gamers, to awaken the snake and fully embrace the score’s video game-inspired roots,” added Birenberg. “The sound of the game expands on the show’s 1980’s-influenced, heavy metal and synthwave palette, but draws further on the video game soundtrack ethos created by composers such as Kazunaka Yamane and Nobuo Uematsu. We composed over 25 new tracks each with its own personality and flavor depending on the level they accompany.”

The game will contain dialogue featuring the voices of Ralph Macchio and William Zabka. Players can swap between eight playable characters seamlessly in battle, each with their own unique upgradeable attacks, combos and skill trees. Players can also face fierce enemies and bosses in hard-hitting brawls, and explore the Cobra Kai universe across 28 story missions.