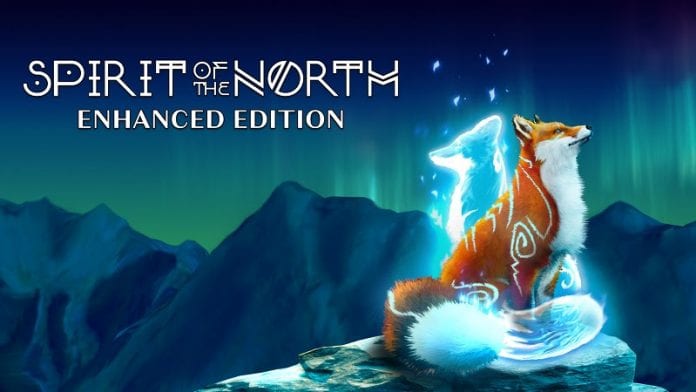 Merge Games and Infuse Studio announced today that Spirit of the North: Enhanced Edition is headed to the PlayStation 5.

“Awaken the slumbering spirit of the north and begin a quiet journey of companionship and discovery. Play as an ordinary fox whose story becomes entwined with The Guardian of the Northern Lights, a magical spirit fox. As you journey over the mountains and under red-stained skies, you’ll discover more about your companion and a land left in ruin,” developers said in a press release. “Spirit of the North has been uniquely designed to purposefully have no dialogue or narration. Players must breathe in their surroundings to solve various puzzles and speculate the meaning of a lost ancient civilization. Overall giving players an emotional and fulfilling adventure through stunning visuals and an ethereal score.”

Spirit of the North: Enhanced Edition is a 3rd person casual adventure featuring  stunning landscapes and a beautiful story inspired by those in Iceland and Nordic folklore.

Additionally, developers announced today a collector’s edition of the game, the Signature Edition, will be available and include: an original soundtrack CD featuring 14 tracks, two  exclusive design pins, a numbered certificate of ownership, and 36-page Lore and Art Book showcasing dozens of new and never seen before sketches. Pre-orders for the Signature Edition opened today.