Splatoon is easily one of Nintendo’s greatest successes, and it will continue to grow this August!

Squad Battle and Private Matchmaking will make its way to the game via the update. Squad Battle allows you to create a squad of up to 4 inklings that will allow you to always be teamed up with friends. When you do this you will always be paired up with the squad instead of random players, and you will face off against other squads. Private battle is just that, private matches for friends for up to 8 players. In private battles teams can be offset (1v4 for example) or even, and the rules are made up by whoever is running it.

There is also a new level cap. Originally it is set at 20 and A+, but with the new update players can reach level 50 and S+ rankings. This includes both ranked and unranked matches.

There are also two new weapons and a ton of new gadgets to play with (over 40) as listed below:

The bucket-like Slosher weapons hurl ink straight ahead at an impressive range. By adjusting the angle, these new weapons can be used to splat opponents who are up high or even on the other side of a wall. With the Gatling-style Splatling, players can charge blasts of all-powerful ink. A maximum charge unleashes the full potential of this particular weapon type. In addition to the new weapons, more than 40 pieces of gear, including everything from a leather jacket to a sushi-chef costume, are coming to the various in-game shops in Splatoon.

This also isn’t the only free update coming to the game. Through the “rest of Summer and Fall” the game will continue to get updates including the addition of Rainmaker Ranked Battle mode. They will also be adding new weapons and maps for free as well!

You can visit the official site for more information on the hit game! Let us know how excited you are in the comments! 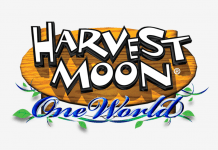