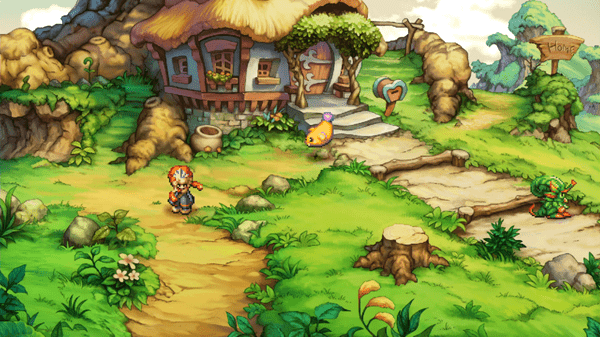 RPG fans rejoice! During today’s Nintendo Direct, Square Enix announced release dates for two remastered classic RPGs for Nintendo Switch, PS4, and PC (Steam), Legend of Mana and SaGa Frontier. Both are set to release this year and both received new trailers that show off optimized visuals and new content.

Players will be able to set off on a mystical journey in Legend of Mana, set to launch on June 24. Stepping into the shoes of the protagonist, players will embark on a journey to find the mystical Mana Tree seen in a dream, only to discover that the world map is empty. Throughout their adventure, they will acquire special artifacts, which can be placed on the map to bring towns and dungeons to life via the Land Creation system. Players can progress through the story in different ways based on the choices they make, offering a more personal and unique gameplay experience.

Legend of Mana will come with remastered visuals, a rearranged soundtrack, and the “Ring Ring Land” mini-game which will be available to the West for the first time. During their travels, they’ll encounter a colorful cast of characters, square off against fearsome monsters in real-time combat and explore the vast world of Fa’Diel, all while experiencing Legend of Mana’s timeless story.

Players will experience this role-playing adventure as one of eight heroes via the Free-Form Scenario System. Each character has their own storyline and goals, exploring the sci-fi fantasy universe known as “The Regions” in different ways while discovering unique worlds, technology, and magic. The remaster will also build upon the original title’s multiple storylines by introducing previously cut content, including Fuse’s main scenario and several new events for fan-favorite character Asellus.

SaGa Frontier Remastered will be available digitally for $24.99 on April 15, 2021 for Nintendo Switch, PlayStation 4 and PC (Steam).