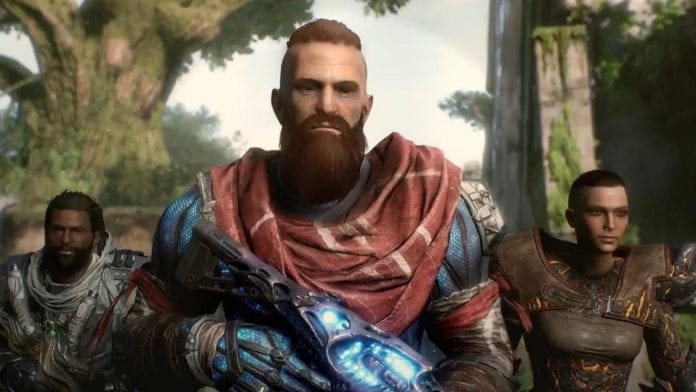 This morning brings a look at gameplay from the upcoming RPG drop-in shooter from Square Enix and the Bulletstorm developers, with more coming this week.

Though they revealed the game at last year’s E3, today brings a fresh look at Outriders, the latest game from People Can Fly (the devs behind Gears of War: Judgement and Bulletstorm), thanks to a new gameplay trailer:

If that’s not enough for you, there’s more coming later this week thanks to a livestream of the game on February 13th at 12PM Pacific time. The stream will be held by Game Director, Bartek Kmita; Lead Writer, Joshua Rubin; and host, Malik Forte.

OUTRIDERS is an RPG shooter set in an original, dark and desperate sci-fi universe. As mankind bleeds out in the trenches of Enoch, you’ll create your own Outrider and embark on a journey across a hostile planet. With rich storytelling spanning a diverse world, you’ll leave behind the slums and shanty towns of the First City and traverse forests, mountains and deserts in pursuit of a mysterious signal. Combining intense gunplay with violent powers, along with an arsenal of increasingly twisted weaponry and gear-sets, OUTRIDERS offers countless hours of gameplay from one of the finest shooter studios in the industry.

Today also brings confirmation that Outriders will also launch on PlayStation 5 and the Xbox Series X on top of the current-gen consoles this Holiday season!