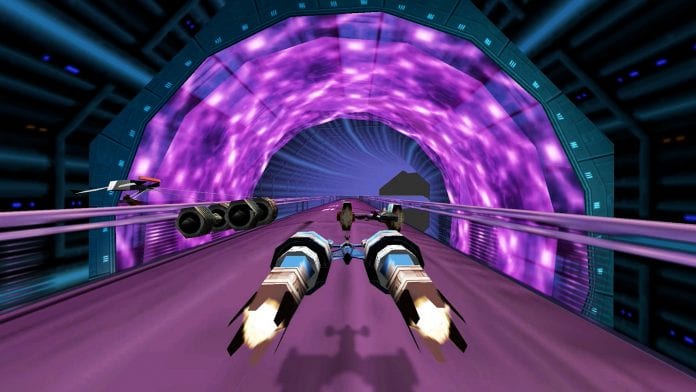 Surprise! The recent remaster of the classic Star Wars podracing game, Episode 1: Racer is now available to Xbox One owners.

Though it came to the PlayStation 4 and Nintendo Switch over the Summer (even getting some seriously swanky Collector’s Editions from Limited Run), now Xbox gamers are getting the chance to hop into their favorite Pod and race across the galaxy. Even better, you can do it right now:

Aspyr today announced Star Wars Episode l: Racer is now available for purchase on Xbox One for $14.99. Xbox fans can now take control of a Podracer in a pulse-pounding, do-or-die fight to the finish line.

“We released Star Wars Episode l: Racer on Switch and PS4 earlier this year and were thrilled to see the positive response among those playing for the first time, as well as fans of the original, all of whom couldn’t get enough of this adrenaline-pumping favorite,” said Elizabeth Howard, vice president of publishing at Aspyr. “Now, we’re finally bringing it to the Xbox fans so they can join the race, put the pedal to the metal, and experience a beloved classic Star Wars game.”