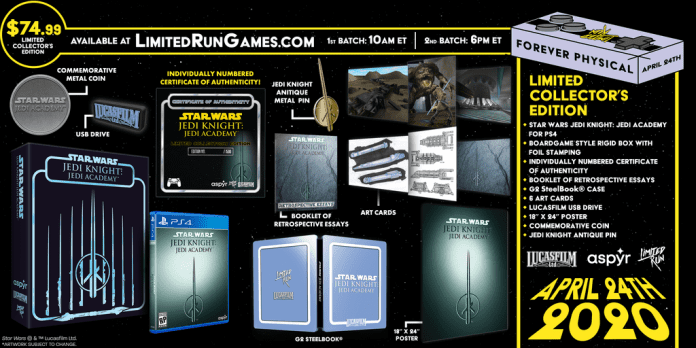 You’ll be able to pick up either/both of these on Friday, April 24th during their normal batch pre-order release times (starting at 10am ET) directly from their site. But if you’re not able to pick up those special versions but still want to get in on the fun, they have PC versions they’re offering up on the cool 90s style action figure cardbacks you can snag cheaper: These will also be available on Friday, April 24th. If you’re looking for something cool coming out THIS week, LRG has you covered there as well with the release of Chex Quest. Yes, Chex Quest, the weird little DOOM clone that original came out for PCs back in 1996.

The game was produced by the cereal maker Chex as a promotional tie-in that would give younger kids the chance to play something akin to the most popular FPS game at the time. It was goofy and nonsensical, but lots of kiddos played it back in the day when that’s all they were allowed to!

The title is getting an HD remake (coming to STEAM for free at some point), but LRG is giving fans the chance to relive their childhood in grand style. They have a pair of Collector’s Editions to choose from (though both will include a soundtrack) with some neat goodies to add to your retro gaming collection: These go on sale for pre-order starting this Friday, April 17th and will be available for up to FOUR weeks. So if you can’t snag one this week, you still have a little bit of time.

Will you be picking up any of these when they go on sale?