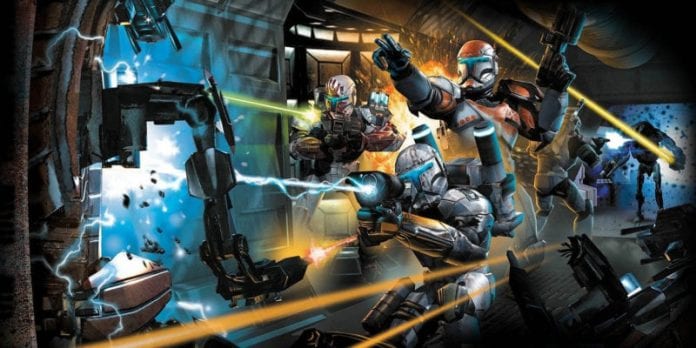 Fans of classic Star Wars games have something else to look forward to as it looks like Republic Commando is getting ported to modern consoles.

Over the past couple years, Aspyr has been doing the Lord’s work in bringing old school Star Wars games to current systems. From the Jedi Knight games and most recently Episode 1 Racer, it’s been great having the chance to replay these on current systems (especially the Switch).

Now it looks like we’ll soon be able to add another to the list with Star Wars: Republic Commando. The info comes from a regular eShop dataminer, NWPlayer123, who found an update located in the code referencing Republic Commando from Aspyr.

Star Wars: Republic Commando for Nintendo Switch has been leaked, just got an update
from @/AspyrMedia pic.twitter.com/FaG30syVKs

Sure doesn’t seem like there’s much reason for Republic Commando to pop up in the eShop considering it was only ever an Xbox/PC release (never gracing a Nintendo console), unless a port was inbound. It makes sense considering fans have responded positively to being able to play the older titles, and lines up with me hearing about the KOTOR games getting the same treatment. Sounds like we have plenty of classic titles to look forward to.

Let’s just hope an official announcement is on the way soon! If you’re looking for more Republic Commando goodness, don’t forget the interview I did Brett Douville who helped develop the game, and even gave us some insight on what a sequel could have included.