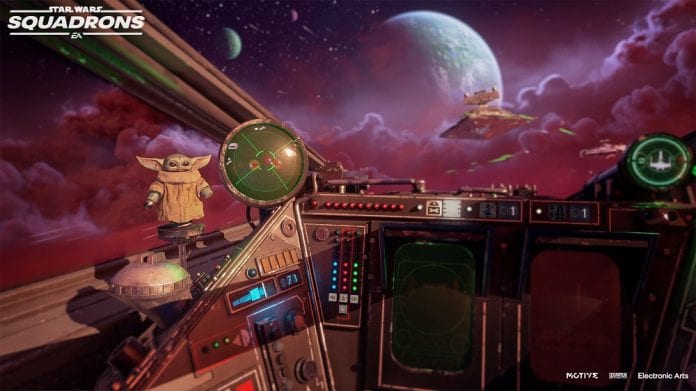 Electronic Arts, Motive and Lucasfilm announced today during the Mando Monday’s launch event that Star Wars: Squadrons is getting a Mandalorian DLC and it will launch later this week — just in time for season 2 of the Disney+ series The Mandalorian.

Starting on Wednesday, players will be able to unlock eight free starfighter cosmetic items inspired by the first season of The Mandalorian. Season two of The Mandalorian premieres on Disney+ on Oct. 30.