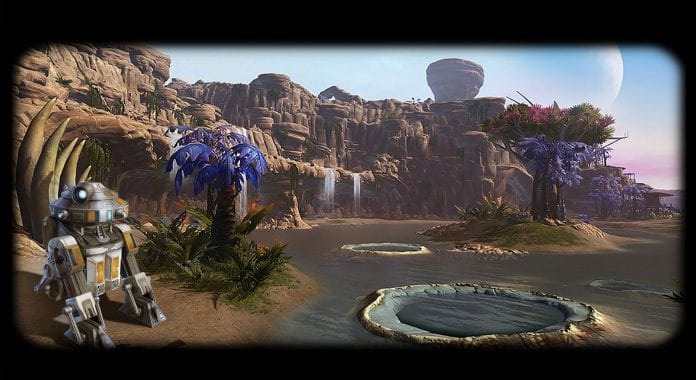 EA and Bioware’s Star Wars MMORPG has (finally) made the jump to Steam with new trading cards, backgrounds, and emoticons to enjoy as well.

It might be time to dive back into Star Wars: The Old Republic, as it is now available on Steam. Don’t worry about losing any progress on your current TOR account! You’ll be able bring over all your progress from any previous game you’ve started, complete with retroactive Steam achievements and everything: EA and BioWare have announced that Star Wars: The Old Republic, the popular Star Wars MMORPG, is now available to download for free on Steam! Beginning today, players can begin or continue their own story-driven Star Wars saga playing as many iconic character classes and choosing your path down the Light or Dark side of the Force.

Star Wars: The Old Republic (SWTOR) on Steam has full crossplay and cross-save with the direct SWTOR launcher, so all progress will carry over when player’s log in via either method.

Exciting new SWTOR themed collectables are now available on Steam, including new trading cards, profile backgrounds and emoticons. In addition, over 100 Steam achievements will be added in a future update and players will retroactively be awarded on Steam any achievements that they have already unlocked previously in SWTOR.

Funny enough, I was literally just talking about jumping back into this game. I haven’t played in YEARS, but I’ve been getting the itch lately. Perhaps this jump into Steam is a good enough excuse to make the plunge.