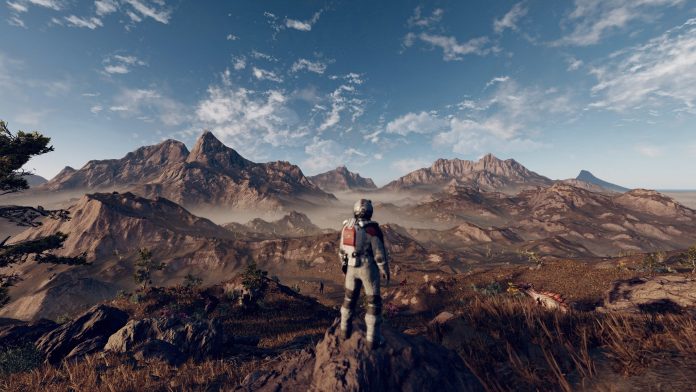 During the Xbox/Bethesda Games Showcase, we finally got to see the first Starfield gameplay and dear god does it look fantastic!

In this gameplay trailer, Bethesda showed us gameplay from a moon named Kreet, character customization, weapon customization using resources that you can gather from the world, and more.

Some of the biggest things we saw though were the ability to build your space stations, and ships, and explore 100 galaxies with up to 1,000 explorable planets! This is huge and shows the massive scale that the game will be. When they said this was going to be the largest action-adventure RPG they ever created, I don’t think any of us could have expected this!

I cant say how excited I am to dive into this massive world Bethesda is building for us and can only hope the game is coming around February or March! Check back here soon for more new on this game.

Starfield is the first new universe in 25 years from Bethesda Game Studios, the award-winning creators of The Elder Scrolls V: Skyrim and Fallout 4. In this next generation role-playing game set amongst the stars, create any character you want and explore with unparalleled freedom as you embark on an epic journey to answer humanity’s greatest mystery.

The year is 2330. Humanity has ventured beyond our solar system, settling new planets, and living as a spacefaring people. From humble beginnings as a space miner, you will join Constellation – the last group of space explorers seeking rare artifacts throughout the galaxy – and navigate the vast expanse of the Settled Systems in Bethesda Game Studios’ biggest and most ambitious game.