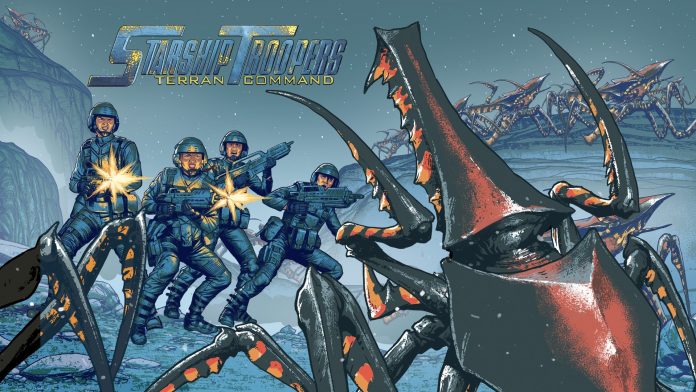 The Steam Next Festival kicks off today, and RTS fans will have a chance to play a demo of Starship Troopers – Terran Command during the event.

Initially announced back in 2019, I’ve been eagerly awaiting the launch of Starship Troopers – Terran Command. On top of RTS games being my favorite genre, I adore Starship Troopers. The two elements seem perfect for one another. After a few delays, players will be able to get some hands-on time with it thanks to a demo during the Steam Next Festival.

Starting today at 12PM CT and running through Thursday, October 7th at 12PM CT gamers can download a demo of the game on Steam.

The demo will contain two scenarios, including “Peace of Mine.” This is an early scenario that already features most of the game’s key mechanics: players will deploy the Mobile Infantry to defend a central outpost, which will serve as the staging point to reactivate mining facilities and clear out all bugs nests in the surrounding area. We know that you’ve been looking forward to more news about the game. From our side, we’re looking forward to hearing what you think. We can’t commit to a specific release date yet as we want to act on the feedback we will receive. We only ask you, if you’re willing, to give us your honest opinions on the missions you’re going to play, so that we can ensure that the game lives up to fans expectations. You can share your feedback on the new Starship Troopers – Terran Command Discord server, available from October 1st.

Starship Troopers – Terran Command is a thrilling single player real-time strategy game set in the Starship Troopers movies universe. Take command of the Mobile Infantry and do your part in the war against the Arachnid threat in a 20 missions long story campaign. Build, develop and control your armies to strike an effective balance between tactical superiority and strength in numbers. Ensure that human civilization, not insect, dominates the galaxy now and always!

Starship Troopers – Terran Command is set to launch at some point on PCs over the next few months.