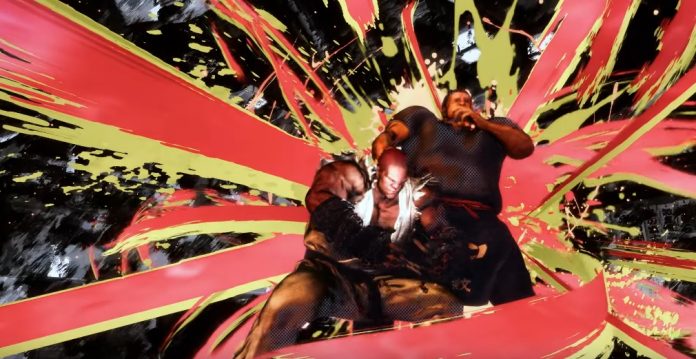 During their Tokyo Game Show presentation, Capcom revealed new game details, returning combatants, and how to get in on the closed beta test for Street Fighter 6.

World Tour – Players will be able to create their own avatars with a multitude of customization options to reflect their personal styles and flair. As players progress through the immersive story mode, they’ll hone their avatar’s strength through Street Fights with various NPCs and meet masters like Ryu and Chun-Li who will teach them special moves from their own repertoires. All inhabitants and opponents of World Tour never back down from a challenge, and will seamlessly transition from conversation to battle.

Battle Hub – Players can take their customized avatars into the Battle Hub, which serves as the lobby area to find matches against other players from around the world including online tournaments. When two players sit down at one of the arcade cabinets placed back-to-back throughout the Battle Hub, they can kick-off a match with the whole Battle Hub as their audience. Players can also visit the Game Center to play retro Capcom classics like Street Fighter™ II and Final Fight™.

Second on the bill was the introduction of four World Warriors making their return to the streets:

Ken – Accusations of orchestrating a criminal plot have forced Ken, a former US National Fighting Champion and ex-VP of the Masters Foundation, to abandon his family and business to go into hiding. As a legend in the Street Fighter series, Ken packs a classic move set with new additions that keep things fresh.
Blanka – A kindhearted adventure tour guide and defender of nature, Blanka features his signature Electric Thunder and Rolling Attacks, plus brand new Blanka-chan Bombs and the return of his Lightning Beast move.
Dhalsim – A monk and yoga master, Dhalsim channels his familiar fire techniques from past games while also mastering moves like Yoga Fire, Yoga Arch, Yoga Comet, and Yoga Flame.
E. Honda – A globetrotting sumo wrestler, E. Honda combines old with new, bringing back his trademark moves like Hundred Hand Slap and Sumo Headbutt, plus his brand new Sumo Dash where he moves forward with a traditional sumo shuffle.

The all-new Extreme Battle mode enters the Fighting Ground to offer a new way to spice up matches with unconventional parameters. These fast and frantic battles are defined by new Rules and Gimmicks that make every match an experience anyone can enjoy. Rules define the victory condition for players, while Gimmicks add a new level of fun such as a stampeding bull sporadically interrupting a match.

Two more commentators were also revealed for the Real-Time Commentary feature, Kosuke Hiraiwa (play-by-play commentator) and His Excellency Demon Kakka (color commentator). Kosuke Hiraiwa is a well-known esports caster who lends his expertise and professionalism to Street Fighter 6. H.E.Demon Kakka is the lead singer of Japanese heavy metal band Seikima-II. While they will commentate your matches in Japanese, there will be accompanying subtitles for any of the 13 supported languages displayed on the screen if they are selected.

On top of all that, Capcom also announced a Close Beta Test for the game is coming October 7th through 10th on PlayStation 5, Xbox Series X|S, and Steam.

Head on over to the Street Fighter 6 website for more details on how to get in on the closed beta.