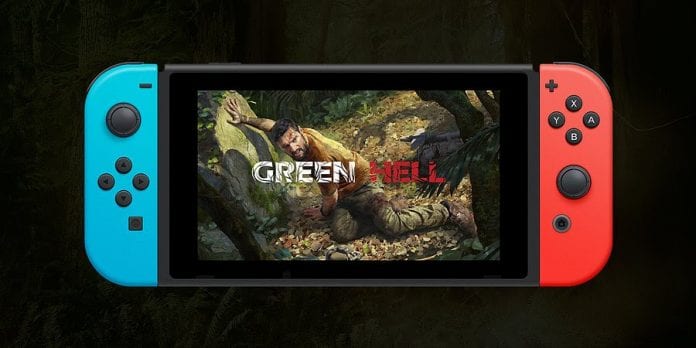 “Become lost in the Amazonian rainforest and fight for survival wherever and whenever you want, by playing the game on the innovative hybrid game console,” developers said. “Teach yourself real-life inspired survival techniques without and hand holding. It’s just you vs the unwelcoming environment where everything may become your predator. Craft items, treat your wounds and try to remain sane.”

The game includes features like the use of real-life survival techniques, including starting fires, camp building, animal traps construction; Crafting and composing objects allowing survival, including weapons, tools and buildings; Food sourcing, like hunting and cropping;
Wound, disease and injury treatment, like using immersive inspection mechanic; Gameplay changing sanity mechanic, trying to stay sane while the whole jungle is your enemy; A weather system that dynamically changes the surroundings in the rich and detailed environment.

According to developers, Green Hell is 10% off on the Nintendo eShop until October 28. For players who have already bought Thief Simulator, Hollow, Timberman VS or Panzer Dragoon: Remake will be able to snag the game for 33% off.

In addition to the announcement, developers also revealed the content road map for the game. Developers said PlayStation 4 and Xbox One ports for the game are delayed, but are expected to release somewhere between the first and second quarter of 2021.