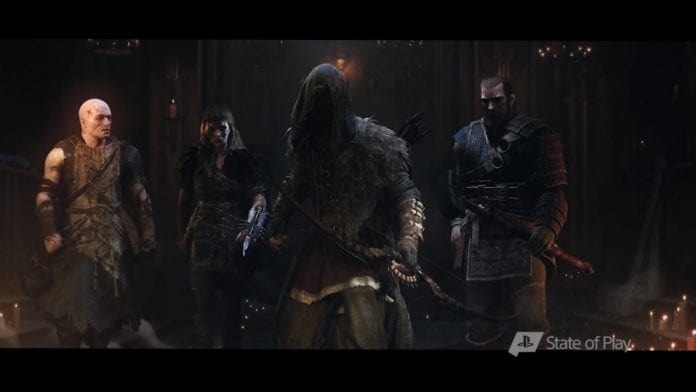 While most of today’s State of Play presentation was focused on updates for previously announced titles, it did bring about a couple of reveals. One of the more intriguing ones is Hood: Outlaws & Legends:

While the trailer doesn’t give a whole lot of info on the type of game it is, I’m a sucker for anything Robin Hood related. Also, the press release offers some more details on the gameplay to expect:

Two teams of players compete to execute the perfect heist, in environments patrolled by deadly AI guards. Utilise the unique skills and mystical abilities of each character, moving in stealth to steal treasures unseen or dominating through loud and brutal combat.

So it’s a competitive stealth game. Where you have to outwit an opposing group in order to claim the prize. We only got the barest glimpse of gameplay near the end of the trailer, but it definitely has my attention! What do you think?