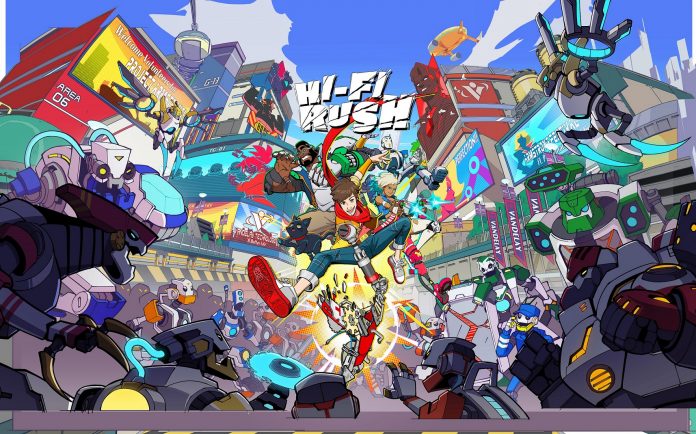 Today, during the Xbox & Bethesda Developer_Direct Showcase Tango Gameworks announced their newest title “HiFi Rush” and shocked fans by releasing the game today on Xbox, PC, and GamePass! This new title follows the character Chai, a Rockstar wannabe who becomes a test subject for an evil tech company!

After some testing and being labeled as “Defective” Chai goal is to take down this evil corporation with the most rhythmic combat he can! Oh you heard that right, this is a rhythm based action adventure title!  Not only does Chai have an awesome new robotic arm to take down enemies, his freaking music player is fused within his now built-in power unit! So, the better you stay on beat with the music, the more powerful the acts!

This already seems like a great game, but to make it even better the game features music from bands like Nine Inch Nails and The Black Keys! Make sure to check back here soon for our review of the game, but until then check out the gameplay deep dive now!