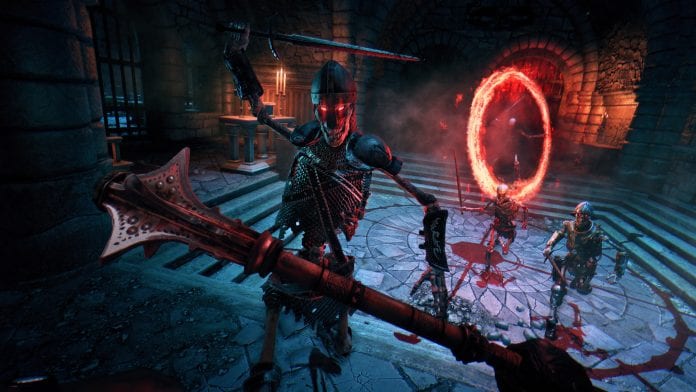 Back in 2013, Techland announced the game Hellraid, this title was supposed to feature a full single-player, online gameplay, and a co-op mode. It even got as far as having the legendary voice actor Nolan North voicing the main character Aiden. Fast-forward to 2015, Techland then announced that due to the games “current shape and form” it did not meet their quality or expectations for the project and was put on hold for the time being.

Well, to our surprised Techland has announced that Hellraid will finally be coming back to life as DLC for Dying Light. As the story goes, the residents of The Tower find an evil-looking arcade in the basement after a large power outage. They then proceed to bring it upstairs only to realize that it is actually a portal to an evil universe.

This DLC looks to be somewhat interesting and really shows how much Techland loves their community, especially since Dying Light released five years ago and they are still supporting it! Something else that is interesting was the fact that Techland made it clear in the description of this DLC that this new game mode is based on “Techland’s currently-on-hold first-person fantasy slasher Hellraid.” So, it sounds like Techland still has plans for this series in the future and I can only hope that Nolan North is still a part of the project!

The Hellraid DLC launches for PS4, Xbox One, and PC on July 23rd! For more details on Dying Light and all things gaming check back here at Cinelinx! More info on the game can be found below!

HACK THROUGH THE HORDES OF HELL

Step into a portal to leave the familiar streets of Harran behind and emerge in an otherworldly stronghold overrun by servants of Hell. Slay brand-new demonic enemies with medieval swords, axes, and hammers as you venture through stone corridors and dimly lit chambers.

Prove your skills in intense, rewarding runs through the demon-infested dungeon. Pick up bounties for additional prizes as you revisit the fortress. Improve your Hellraid rank to access new weapons you can also wield outside of the infernal realm.

RAID ALONE OR IN CO-OP

Take your chances alone or gather a party of up to 4 people and be certain Hell’s minions will always be ready for you. Prepare to face unholy forces matching your numbers and strength for a formidable challenge.